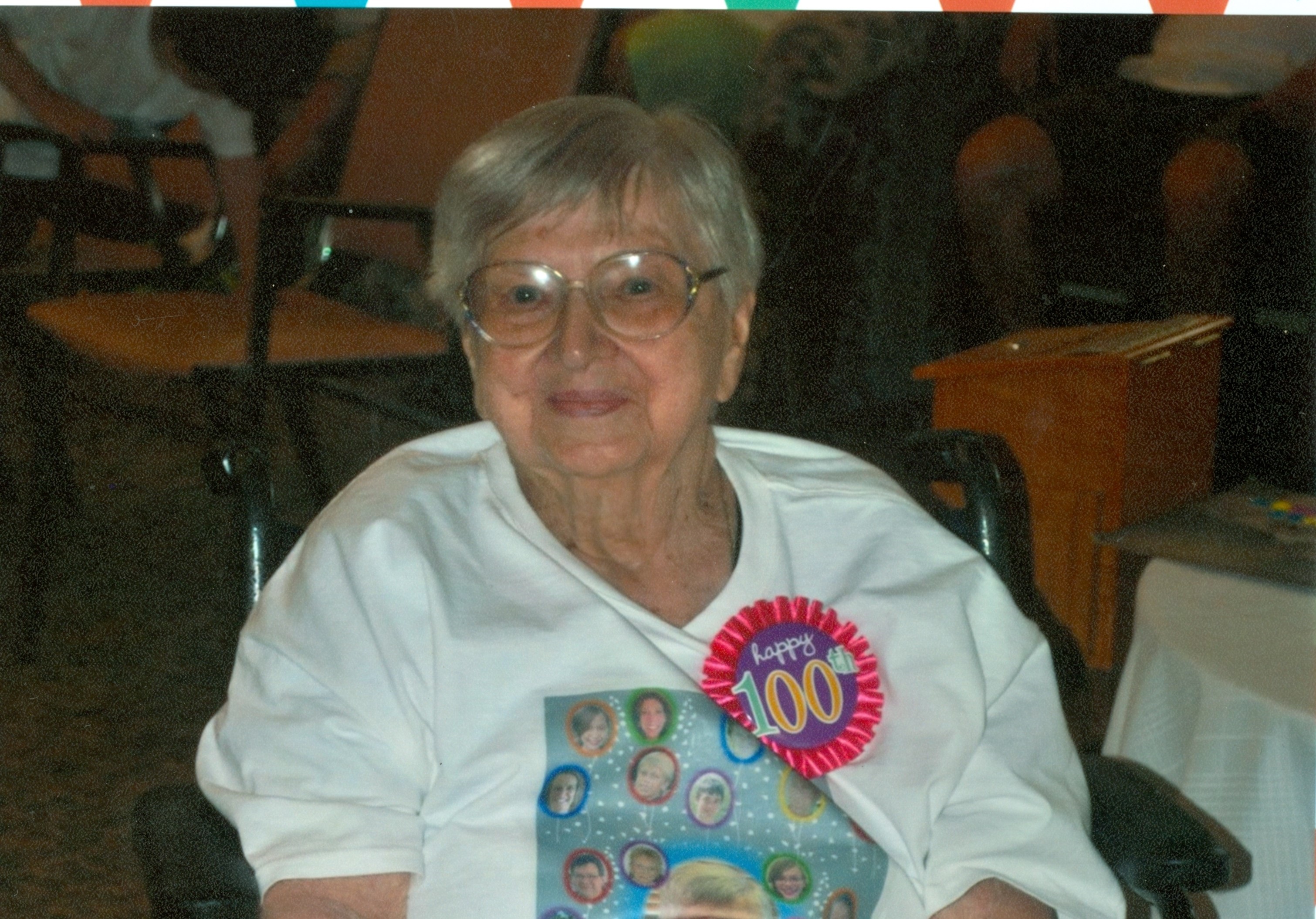 Anna M. Turk, age 101, of Aurora, formerly of Virgil, went to be with her Lord in the early morning hours of Saturday, April 22, 2017 at her home.
Anna was born into this world on Sunday, July 25, 1915 in Chicago, the daughter of Joseph F. and Eleanor M. (Smrz) Jedlicka.
She attended St. Procopius Church and school in Chicago. Anna left school to take care of her parents and remained at home.
Anna came to Virgil to a shivaree following her auntâ€™s wedding and there is where she met Eugene Turk. On June 16, 1934 she and Eugene were united in marriage. They made their home in Virgil until 1942 when they began farming. Anna and Eugene retired in 1962 and returned to town where they lived until her beloved husband passed away in 1992. In the spring of 1996 Anna moved to her new home at Fox Knoll in Aurora. She was excited to get away from housekeeping and maintaining a garden.
After working with her husband on the farm, Anna worked for a short time at Campana in Batavia.
She was a proud member of the SS Peter and Paul Catholic Church in Virgil.
While on the farm Anna learned to enjoy living off the land and providing for her family. She raised goats and always had a garden. Up until 1994, she specialized in melons and berries. Anna grew a watermelon over 334lbs one year and she also had one blueberry bush that yielded 17 quarts. All of the grandchildren still remember the cherry tree where they enjoyed its fruit. When Anna left her home in Virgil, she even left half of the freezer filled with produce for the new owners. Over the years Anna was known by the neighborhood kids as “Cookie Grandma.”
She leaves behind two daughters; Elynor (John) Gering, Mary Sue Bowman, one daughter-in-law; Mary Clare Turk, 6 grandchildren; Katherine (Michael) Yamasaki, August (Anne) Gering, Katrina (David) Winograd, Philip (Dana) Turk, Jennifer Turk and Lori (John) Hernandez and 12 great grandchildren Aidan and Sean Yamasaki, Angus and Flora Gering, Benjamin, Christopher and Alissandra Winograd, Devan and Braden Turk, Thomas, Joseph and Andrew Hernandez.
Anna now joins her parents Joseph and Eleanor, husband Eugene, two sons; Joseph and Eugene and one brother John.
There will be a visitation honoring Annaâ€™s life from 10:00-11:00am, Friday, April 28, 2017 at SS. Peter and Paul Catholic Church in Virgil. A Celebration of the Mass of Christian Burial will follow at 11:00am at the church. Burial will follow at SS Peter and Paul Catholic Cemetery in Virgil.
In lieu of flowers, a memorial has been established in Annaâ€™s name. Checks may be made to the “JourneyCare Hospice” or “Presence Fox Knoll Assisted Living” and mailed in care of P.O. Box 66, Elburn, 60119. Tributes may also be forwarded to the same address, the Conley Funeral Home Facebook Page, or at www.conleycare.com.

A Celebration of the Mass of Christian Burial will follow at 11:00am at the church.

Burial will follow at SS Peter and Paul Catholic Cemetery in Virgil.