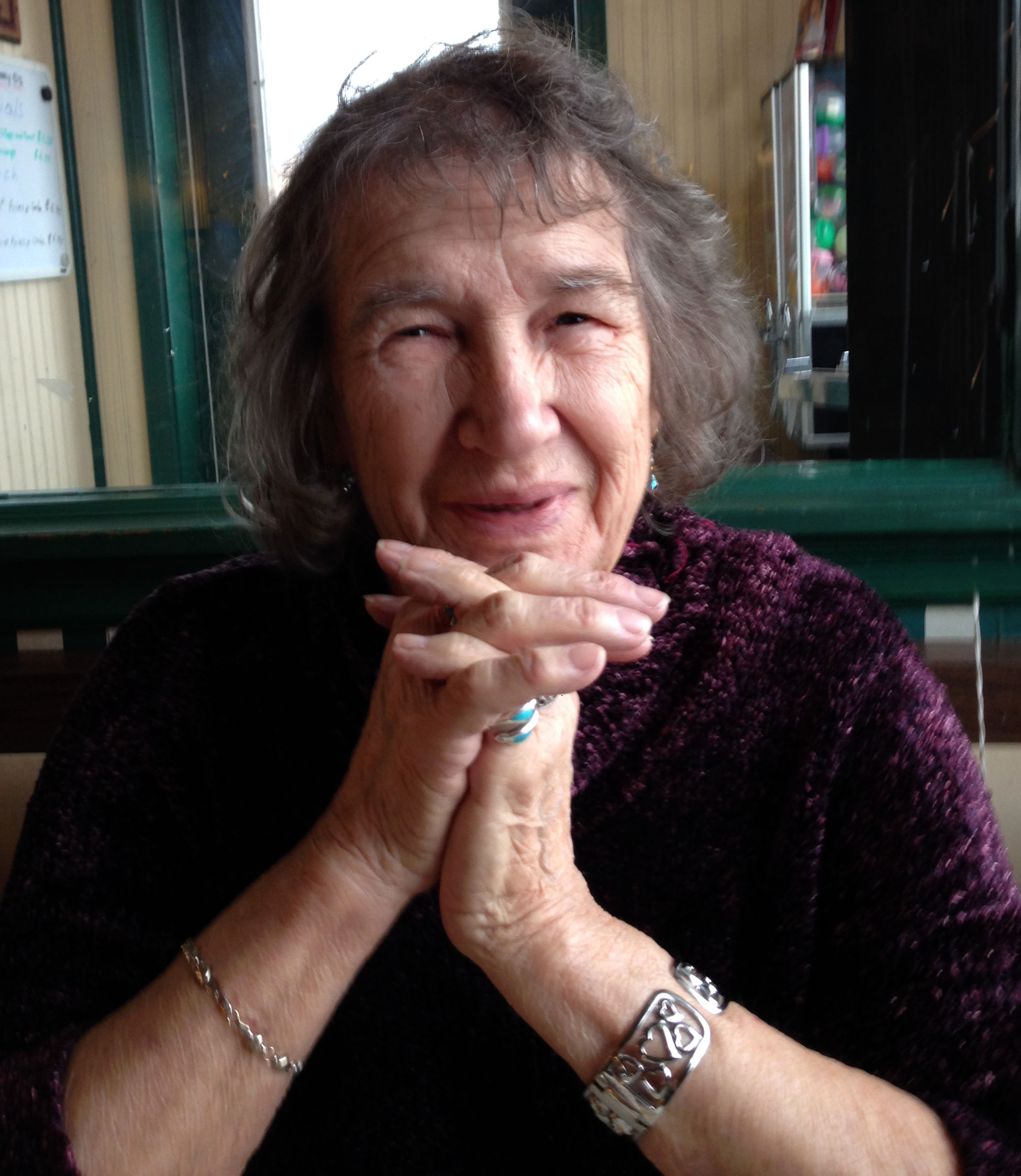 Audrey Irene Hardt, age 85, of DeKalb, IL, passed away in the early hours of March 19, 2018, surrounded by the love and prayers of her family.
Audrey was born in Burlington, IL, on October 4, 1932, to proud parents Elvis and Margaret Allen. Audrey played the accordion as a child growing up and you could often hear her “tunes” playing throughout the farm. She attended local schools and graduated from Burlington High School. Audrey was just eighteen years old when she met Paul N. Hardt, he was her first love and soon became her husband. Paul couldnâ€™t take his eyes off of Audrey and after a whirlwind courtship they were married on November 22, 1950. They soon started a family and were blessed with seven daughters before their family was complete. Audrey felt so blessed to have all of her girls, they were her life. Paul passed away in August of 1985 leaving Audrey and their girls.
Later, Audrey met James Carney at the doctorâ€™s office. She was instantly smitten and went to talk to him. Later, they enjoyed a romantic date at McDonaldâ€™s. Several years later, they were united in marriage on April 5, 2009. Because family was so important to Audrey she helped Jim reconnect with his family, making a blended family. Though Jim was very ill, Audrey strengthened him with her love and care until even love could not keep him here. Jim passed away in February of 2013.
Audrey loved the outdoors including golfing and you would often find her on the golf course. Fall was Audreyâ€™s favorite season and Paul would often take her and the girls on a trip to Galena. Between trips she loved to go on drives through the countryside to see the colored leaves watching for deer. After Paulâ€™s death, her daughters made sure she took her annual trip to Galena. A favorite spot was Baumgartnerâ€™s in Monroe, WI, where they enjoyed cheese and chili to their heartsâ€™ content.
In the spring, Audrey found pleasure in the garden planting and caring for her plants. She also spent hours rummaging around the treasures she found at garage sales. Audrey enjoyed crafts, sewing, and playing cards. When the girls were little Audrey sewed matching outfits for them as well as Halloween costumes. She was an avid card player particularly at a game called, “King in the Corner”. Her decks of cards were well worn from her shuffling and she went through countless decks over the years. Her daughterâ€™s nicknamed her “Queen of Hardtâ€™s of the Kingâ€™s Corner”. During the holidays, Audrey would set down her cards and make every holiday something special. She spent many hours in the kitchen making her special recipes including homemade candy. Audrey passed her craft and cooking skills to all of her girls.
She had a feisty determination and with her crafts, her skills in the kitchen and her love she always made her house a home. Nothing could stop Audrey when she put her mind to something. Over the last six weeks, her two eldest grandchildren, Heather and Matthew, doted on her to be sure that she was as comfortable as she could be. A special thanks to them for their tender love and care. When the leaves begin to fall, her family will remember their times together. The “Queen of Hardtâ€™s”, her shuffling cards and her autumn spirit will never be forgotten, she will be forever missed.
Audrey is survived by five loving daughters: Linda (Gary) Smith of Aurora, IL, Angela (David) Haley of Malta, IL, Diane (Steve) Hertz of Ingleside, IL, Rita (Charlie) Smith of TN, Marie Hardt of Lostant, IL; one step-son, Jon Kerwin; 24 grandchildren; 34 great-grandchildren; 2 great great-grandchildren; two “grand dog-terâ€˜s”; and her extended family and countless friends.
She is preceded in death by her fond parents, Elvis and Margaret Allen; both of her husbands, Paul Hardt and Jim Carney; two daughters, Sinda Sue Hardt and Colleen Overhaug; three grandsons: Houston, Clifford and Evan.
Visitation will be from 1:00 to 3:00 p.m., March 24, 2018, at Conley Funeral Home, 116 W. Pierce St., Elburn, IL. A memorial service will follow to celebrate her life at 3:00 p.m. Inurnment to follow.
Audreyâ€™s family wishes to extend an invitation to their luncheon, following services, at the Maple Park American Legion, 203 Main St., Maple Park, IL 60151.