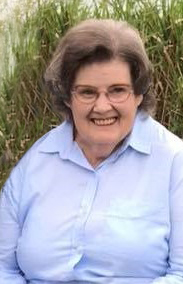 She was born October 17, 1945. God gave Barbara two loving foster parents when she was only 3.  Raymond and Rose (Gieske) Brockman gave her a family and not only a place in their home, but in their hearts. When she was older, they made it official, adopting her during her high school years.

She grew up in Cincinnati and attended local schools.

She was united in marriage to David Steiner and they were blessed with three children. Eventually they went in different direction, but Barbara’s heart stayed true to her family.

Barbara worked various jobs over the years but spent most of her time as a homemaker, honing her talent as a seamstress. No one paid more attention to detail, nor deftly hid the seams of beautiful clothing that her children were proud to model and wear. Her hands also held more than a measure of grace when she could sketch anything perfectly, with only the merest glance at the subject. Crossword puzzles kept her mind sharp and able, and Barbara could finish them with alacrity.

She had a heart that was made for family and especially loving her grandchildren. Her gentle soul was open to all and was quick to care.

Barbara was preceded in death by her parents, Raymond and Rose Brockman and two brothers: James Brockman and Tom Ennis.

Contributions may be made in her name to the charity of your choice. Tributes and memories may be shared on the Conley Funeral Home Facebook Page, or at www.conleycare.com.