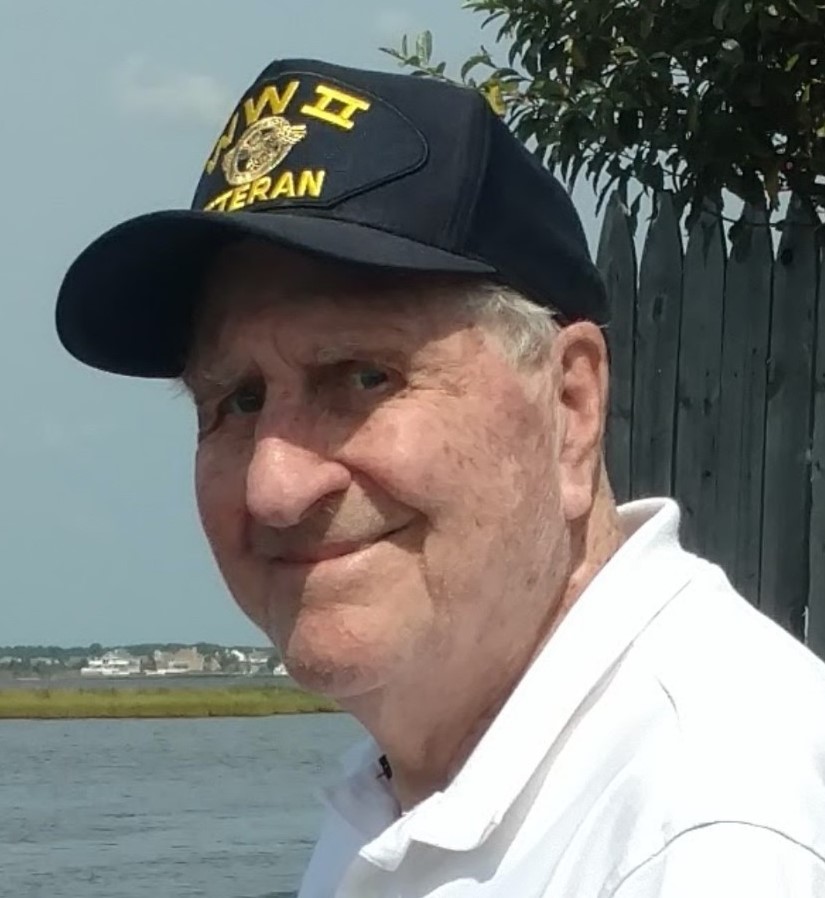 Bart D. Semeraro, age 96, of Big Rock, quietly passed into Heaven, buoyed by the love and prayers of his family, September 11, 2020.

He was born June 22, 1924, in Patterson, NJ, to proud and loving parents, Louis and Beatrice (Francese) Semeraro. Bart grew up in Patterson and attended local schools. He graduated from Patterson High School despite occasional escapes to the nearby creek with his best friend. Afterwards they treated themselves to mince meat pies but never regret. In 1944, Bart answered the call of his country and enlisted in the U.S. Armed Forces. He served with the United States Army Air Corp as a bombardier on B-17’s and was honorably discharged following the close of WWII. He returned to civilian life and continued his education at Kansas State University and majored in chemical engineering. Upon receiving his diploma, Bart began working at Allied Chemical in Cleveland, OH, but was transferred throughout the United States. In 1974, Bart left and began working for Armour Dial. Several years later, Bart bought a commercial glass manufacturing company with two partners. He retired in the mid 1980’s. Bart was stationed in Leavenworth, Kansas at the Army base when he met Marceline Cooley. His heart stood to attention and his eyes never left the vision he would soon cherish for over 50 years. They were united in marriage in 1946 and began their new life together separate for a time until Bart had finished his stint in Army Air Corps. When Bart finally made his homecoming, they moved to Cleveland, OH, where Bart found work. After crisscrossing the U.S. over the next many years, the family settled in Big Rock in 1974. Bart began his career as a chemical engineer. He later moved up to become plant manager and served in that capacity with several employers before finally purchasing his own commercial glass manufacturing operation. Bart was member of the both the Loyal Order of the Moose and Elk clubs. VFW and American Legion and Experimental Aircraft Association (EAA). In his younger years, Bart enjoyed hunting with his dad. Bart loved the beach, casting  lines for unwary fish and hauling in nets of crabs.  He had a close relationship with his siblings that would continue into his last years His summers were sometime spent with his brother, Dick’s, family in Connecticut and he continued to strengthen the ties that bind with his other sibling’s as well.. Retirement brought traveling with Marceline to a timeshare condo in New Orleans, the Jersey Shore, and N.Y. City. He spent six months of the year in Palm Beach Florida where he helped care for his mother, alongside his sister. Bart also helped to raise his grandchildren and surrounded himself with family at every opportunity. After the passing of his wife, Bart’s granddaughter Samantha became his “co-pilot” and they enjoyed thousands of miles and memories with every trip. He was an airplane guy through and through. Bart received his private pilot’s license after his wife passed and enjoyed working with model airplanes. He kept his hands busy while on the ground too, honing his woodworking skills and knocking down ten pins in his bowling league while sharing “beverages” with his friends. He loved movies, especially those classics on TCM and spend hours lost to historical cinema and memories. The yearly lobster party was always a big hit, as was the competition to see who could eat the most lobster: Bart wasn’t called “The Lobster King” for nothing. All these memories and more have now become the legacy he leaves, and Bart will never be forgotten. He leaves three children: Dave (Barbara) Semeraro, Susan (Wally) Knighton and Brigida (Michael) Catlin; six grandchildren: Jessica (Bobby) Cademartori, Brittany Semeraro, Lauren Semeraro, Leslie Semeraro, Tyler Knighton, Samantha (Nicholas) Kliese; two step grandchildren: Hunter Catlin, Michael Catlin: five great-grandchildren: Louis and Cole Semeraro, Leif and Graham Kliese, and Alessia Cademartori; One brother, Richard (Dana) Semeraro; and many nieces, nephews, great nephews and nieces and a family of friends. He joins his parents, Louis and Beatrice Semeraro and his wife, Marceline Semeraro, and one son, Louis Michael Semeraro, who preceded him in death.