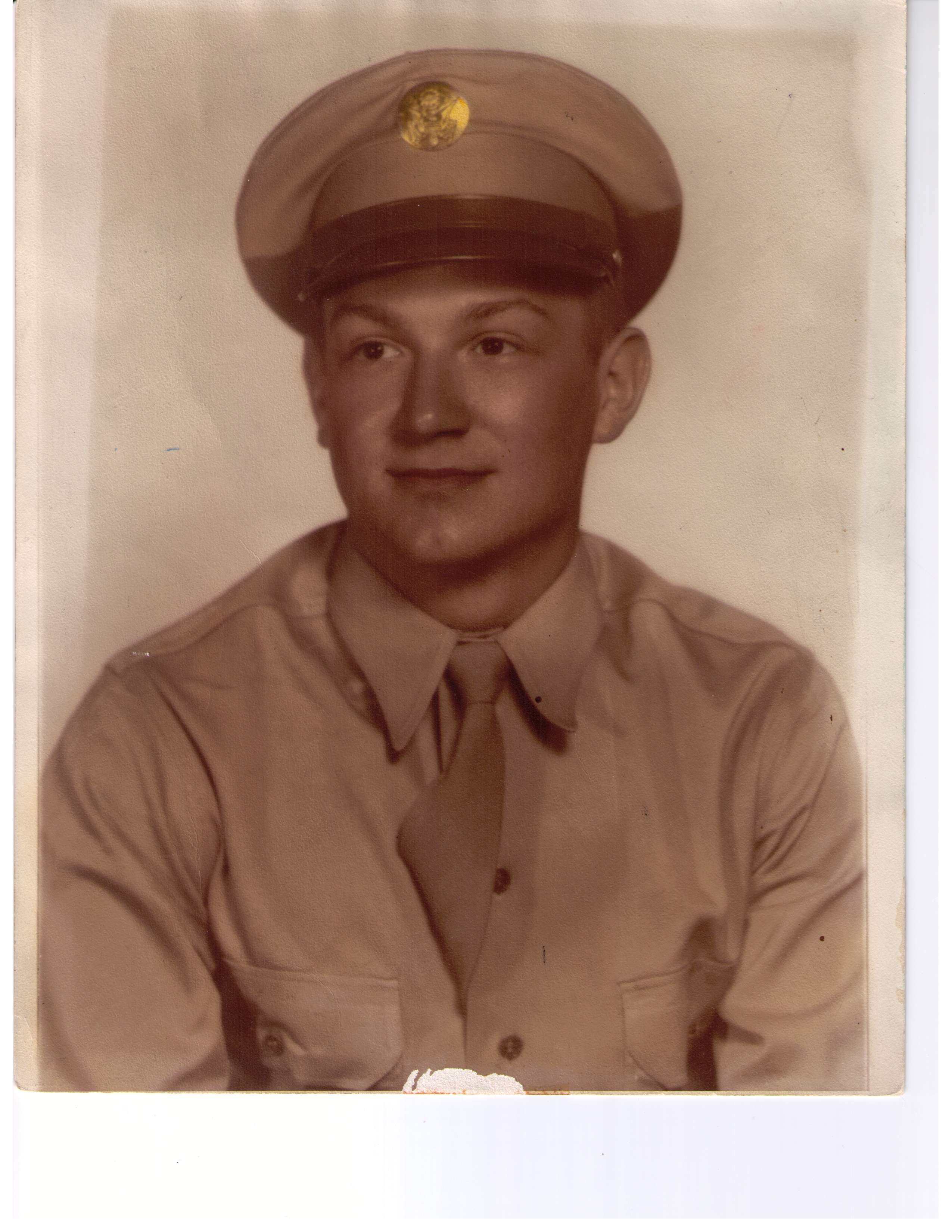 Casimir “Casey” P. Banka, age 89, of Elburn, formerly of Prospect Heights, passed away peacefully into the arms of his Savior, December 26, 2015.
He was born January 15, 1926, in Chicago, IL, the son of Stanley and Florence Banka.
He attended St. Hedwig Elementary School and graduated from Lane Tech High School.
Upon graduation, Casey heard the call of his country and enlisted into the United States Army. He proudly served from 1944-1946. Before being honorably discharged, Casey fought courageously alongside his brothers at the Battle of the Bulge and retained the rank of Corporal and received the Bronze Star, Silver Star and a Purple Heart.
Although Evelyn and Casey first met when they were five years old, they “wisely” waited to get married until May 17, 1947, at St. Hedwig Catholic Church in Chicago.
They made their home in Chicago for a time before moving to Prospect Heights in 1958.
Casey was a mechanical engineer for the Quaker Oats Company before retiring in 1989.
Casey was a past member of the Knights of Columbus.
Casey spent his life marveling at sights and sounds of a million different structures, evaluating architectural detail, form and function, but to his family, Casey was the foundation on which all was built.
He is survived by his loving wife of 68 years, Evelyn (Napiorkowski) Banka; Two children: Paul (Debbie) Banka and Judy Banka; Six grandchildren: Paul (Breanne) Banka, Jeffrey Banka, Troy Lawdenski, Dana Lawdenski, Tory Lawdenski and Timothy Banka; Three great-grandchildren: Isaac, Xander and Evan Banka; two sisters-in-law, Alice Mika and Elaine Banka; many nieces, nephews and a community of friends.
He is preceded in death by his parents, Stanley and Florence and two brothers: Henry “Hank” Banka and Edward “Eddie” Banka.
A memorial service will be held at St. Alphonsus Liguori Catholic Church, 411 N Wheeling Rd, Prospect Heights, IL 60070, on Saturday, January 16, 2016 at 10 a.m. Private family interment will follow cremation at a later date.
Contributions can be sent in Caseyâ€™s memory directly to St. Alphonse Liguori Catholic Church. Memorial tributes may be left at the Conley Funeral Home Facebook Page and visit www.conleycare.com , where you can read his full life story.

Private family interment will follow cremation at a later date.