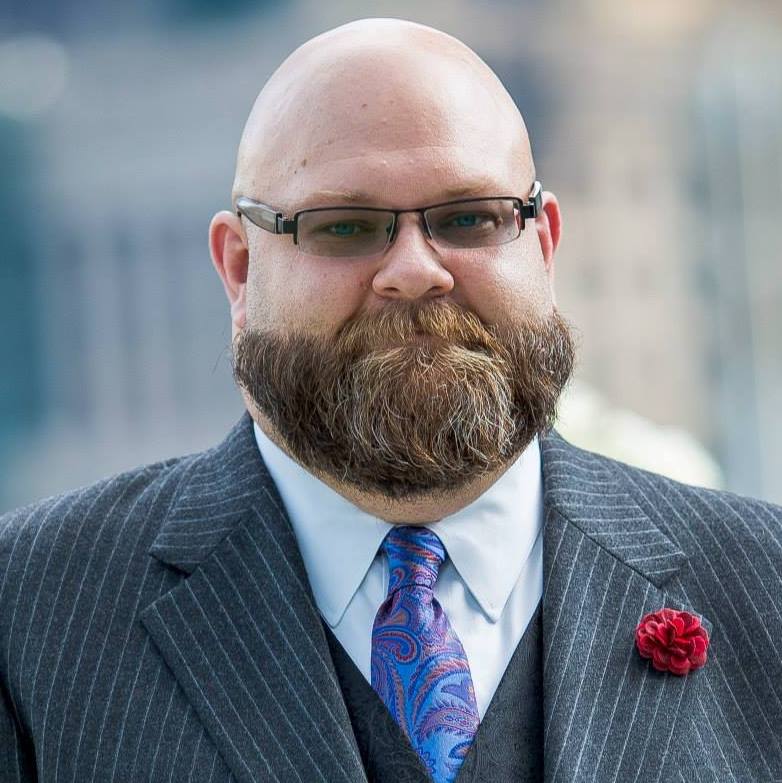 Charles Thomas “Tom” Sauer, age 43, of Sycamore, passed away in the loving arms of his husband, KC, Monday, June 21, 2021, leaving behind a legacy of love and memories following a brief but fierce battle with cancer.

Tom grew up in Paxton, IL and attended local schools. Because he was gifted intellectually, he progressed quickly, skipping both academic levels, as well as grades allowing him to graduate the age of 18 from Paxton High School in 1996.

At the same time, Tom took college level classes through University of Illinois and officially entered college as a Junior at Illinois State University. He graduated with an MBA only two years later.

The year following his graduation brought Tom to Nestle in 1999 where he began working as the HR Manager. He left the Bloomington and Morton, IL areas when he started working for Scotts, a lawn care company, headquartered in Ft. Madison, IA. In recent years he was employed by Del Monte in Rochelle.

Tom found the love of his life through a shared passion for cars. The friendship that began with K.C. Hendricks took root and blossomed into a deep and abiding love which they celebrated on their wedding day, September 29, 2014, which was also the date they met four years earlier. They began their new life together in Normal, IL, for a time before a brief stop in Hudson, IL, led them to Burlington, IA. They returned to IL in 2017, this time making their home in Sycamore, IL. At each stop, lifelong friends were made into an ever growing family, and the combined love and laughter filled each home to the rafters.

Tom was a kind and generous man who was always ready to give of his time and resources even when there was precious little to be had. He looked out for his common man and did his best to provide opportunities to those who wouldn’t have normally received them. His mind always thirsty for knowledge, Tom indulged in many different passions; antiques (especially those of fine quality), cars, mid-century modern architecture, cartography, art (especially the combination of the two), an alarming collection of shoes, his beloved dogs and train travel because travelling by plane just made him sleepy. He had an old soul that harkened back to a time where you wore a suit every day and dressed up again for dinner. He was meticulous, bordering on fastidious, with his appearance and his collection of beard oils rose to shaky levels, all but ensuring his beard was always trim, full, soft and shiny. A supporter of small community business, Tom also loved the city and all it had to offer. Seattle had a place in his heart where he could feel the vibe of the city, take in the beauty and majesty of the mountains, and immerse himself in the peace and undulating quiet of the ocean. A man, who from outward appearances gave off a calm but private air, was open to the warmth of friendship and offered a patient and supportive ear. He faced the trials and tribulations that life brought with equal parts dignity and bravery, facing the storms and outlasting the most tumultuous of times. It will be impossible to forget him, as it was impossible not to love him.

He is survived by his loving husband, KC Sauer and his parents, Thomas and Connie Sauer.

He is preceded in death by grandparents, especially his favorite maternal grandmother Maxine Anderson.

In accordance with his wishes, a private celebration of his life will be held at a later date, following cremation.

In lieu of flowers, a memorial has been established in Tom’s name. Checks may be made to the “Charles Thomas Sauer Memorial” and mailed in care of P.O. Box 66, Elburn, 60119. Tributes may also be forwarded to the same address, the Conley Funeral Home Facebook Page, or at www.conleycare.com.

In accordance with his wishes, a private celebration of his life will be held at a later date, following cremation. In lieu of flowers, a memorial has been established in Tom’s name. Checks may be made to the “Charles Thomas Sauer Memorial” and mailed in care of P.O. Box 66, Elburn, 60119. Tributes may also be forwarded to the same address, the Conley Funeral Home Facebook Page, or at www.conleycare.com.