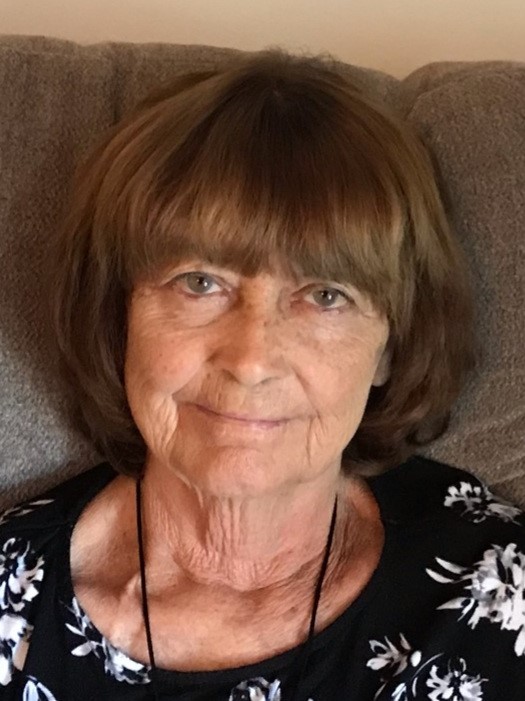 Darlene Matthys, age 75, of Cortland, IL, passed gently into Heaven, buoyed by the love and prayers of her family, Monday, October 12, 2020.

She was born August 7, 1945, to loving parents Eugene and Pearline (Mills) Jones.

Darlene grew up in St. Charles and attended local schools.

While growing up, Darlene had the best sleepovers and made friends easily. Her best friend Elizabeth Morgan made sure Darlene met the love of her life very early. In fact, Fran Matthys was just fourteen when he caught Darlene’s eye. They were united in marriage on April 27, 1963 in St. Charles.

They began their new life together in St. Charles and continued to live at several addresses over the years, but built a home in Elburn in the early 1970’s. Their family grew to include three children. Eventually Fran and Darlene moved to Byron, IL, and would cap off 52 years of wedded bliss and a million tales (some tall, some not). After grief came to call with Fran’s passing in 2016, Darlene moved to Cortland to be with her daughter in 2017.

Darlene had a strong work ethic that followed her through several jobs. She spent many years in the family business, Precision Woodworking. She even was the recipient of the Elburn Drive In after Fran walked in after a night with friends and bought it as a “gift”. She and Fran retired from Precision Woodworking to spend their next many years surrounded by family, friends and fun.

Darlene’s put love into every stitch of her hand-made quilts, some of which were award winning. When her hands were busy with a needle and thread, her eyes were on the lookout for antiques which fueled her penchant for collecting. Fishing in Wisconsin always brought a smile, but a familiar “threat” as the children were growing up was, “I will brain you!”. It was always returned with eye rolls and laughter from all the children. She had a giggle all her own that brought knowing smiles to everyone in the room (or in earshot) but they all came running when she was busy in the kitchen. Darlene was a natural and the best cook and baker you could ask for. With an innate ability to make up recipes all her own, Darlene added to her reputation each time mouth-watering smells came from the kitchen. She was the epitome of what a woman, mom and grandma should be. Darlene was loved by all her family and friends flocked to her home where neighbors became family. She shared not only her love, but also taught “life hacks” and tips to ensure you worked “smarter not harder”.

She now joins her parents, Eugene and Pearline Jones; her husband Fran, one sister Becky Pate and one brother in infancy, who preceded her in death

Private family services will be held at a later date.

In lieu of flowers, contributions may be made to the charity of your choice. Tributes may be forwarded to the Conley Funeral Home Facebook Page, or at www.conleycare.com.