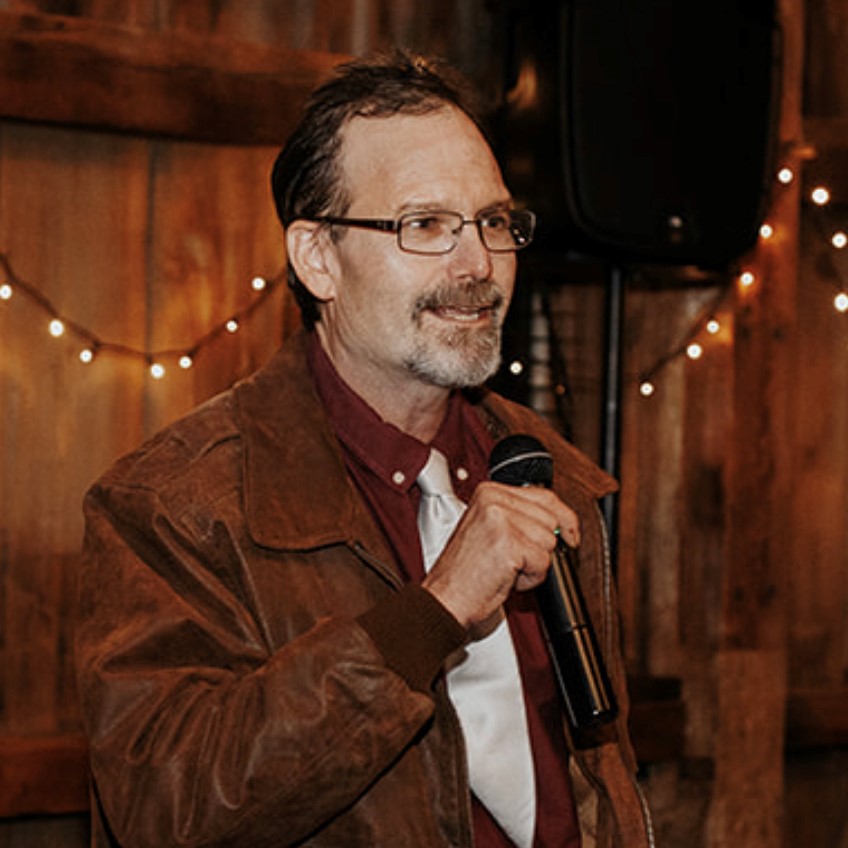 Dave grew up in Kirkland and attended local schools. He graduated from Hiawatha High School with the class of 1986. Dave played sports and made a name for himself in the talent show by playing a mean air guitar.

He continued his education at Kishwaukee College where he studied Mechanical Drafting.

Dave was united in marriage to Michelle Goodrich on April 20, 1991. They began their new life together in the Kirkland area and were blessed two children, Dianna and Josh. Eventually, Dave and Michelle would go their separate ways. Dave continued to make memories with his children in his hometown of Kirkland.

Dave hands were always busy. In the beginning of his career, they began full of grease from handling many areas of manufacturing maintenance, but they got less so as he climbed the ladder and became more involved with engineering.

Dave was a huge musician and played bluegrass with his father at shows in the South. Rock shows followed, but his reputation on the banjo always preceded him. The outdoors always held a special place in his heart, especially when he had a chance to cast a line at his favorite fishing hole. In more recent years, he found a passion for small aircraft piloting, drones and RC aircraft.

He is preceded in death by his mother, Brenda Wallace.

Following cremation, a private family celebration of life will be held at a later date.

In lieu of flowers, contributions may be made to the charity of your choice. Tributes and memories may be forwarded to the Conley Funeral Home Facebook Page, or at www.conleycare.com.