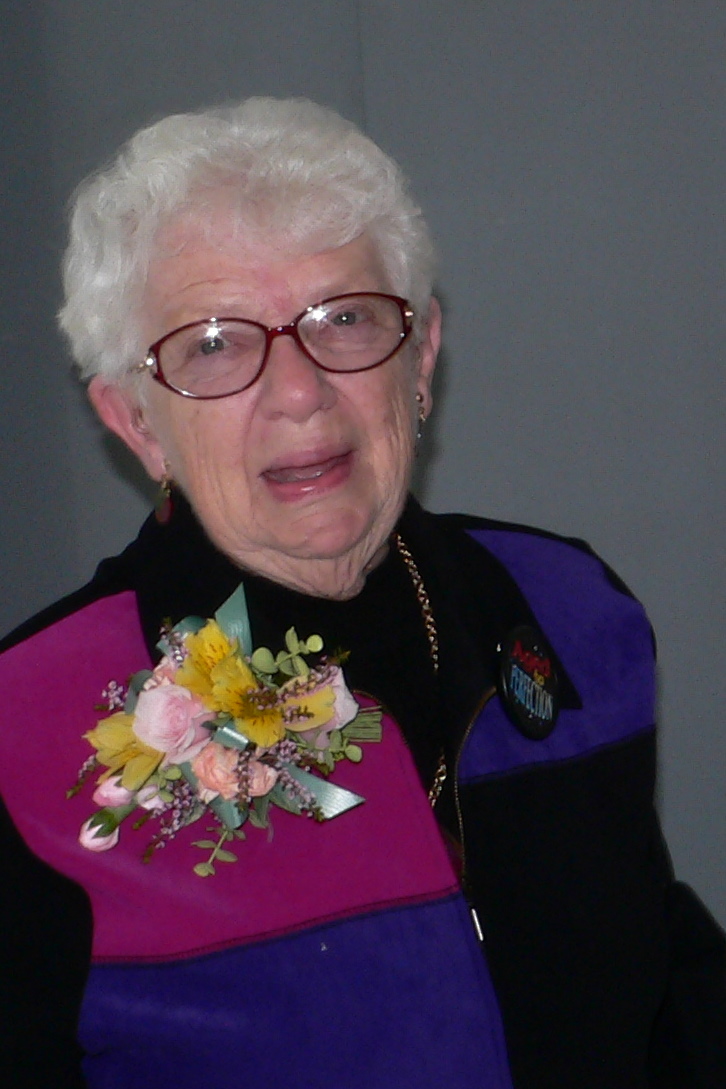 She was born Dorothy Elaine Leach on September 27, 1924, in Bangor Maine, to loving parents, Ralph and Vera Leach.

Dot grew up in Bangor, ME and attended local schools. She then graduated in 1945 from the University of Maine, Farmington with a 3 year teaching certificate. Her education was cut short because of World War II. So many men went to war, so Dot entered the teaching field. Later, she earned a Bachelor’s Degree of Arts, majoring in history, from Aurora College, followed in 1967 by a Master’s Degree in Science, majoring in education with an emphasis on reading from Northern Illinois University in DeKalb, IL. This foundation led her to a 30-year career in teaching. Her first teaching position was in a one room school in Veazie, ME.

She was united in marriage to, in her eyes, the most handsome soldier she had ever seen, Robert P. Allan, on June 16, 1947. They began their new life together in Maine before moving to Massachusetts, welcoming home a son, Robert Christopher Allan. While there, Dot was a substitute teacher and taught in the schools of Arlington, MA. Then the family moved to Wisconsin and then Illinois. There they welcomed their second child, Deborah Elaine Jorgensen (nee Allan). They eventually settled in Aurora, IL. There Bob attended Aurora College followed by one semester in Seminary, when he suddenly passed away. Dot later married Loren Sullivan who helped to raise her kids, and she helped to raise his.

Her teaching career spanned more than 30 years and her retirement lasted even longer..As a teacher, in Aurora, Dot taught in the same 3rd grade classroom at Bardwell Elementary School for 28 years. The 4th grade teachers were so glad to get one of Dot’s students because, and they all agreed, they were so well behaved, even the not so good ones.

She traveled the world for decades, while also involving herself in many organizations such as the Aurora Women’s Club, The Retired Teachers Association, and CASA (Court Appointed Special Advocate) in Kane Co., IL. as well as political battles on behalf of teachers worldwide. During a trip to Russia, she was allowed to visit schools and exchange ideas with their educators. One of her favorite challenges was working as a special advocate for young foster children through CASA in Kane County. During that time, she saw to the adoption of several children, ensuring they went to safe and loving homes. She was on the East Aurora School Board and for 8 years. Dot was a member of The Aurora Women’s Club. She also taught reading to the boys in the Ill Youth Center in St.Charles, Il.

Dot was a member of Big Woods Church for almost 50 years, as a pastor’s wife, a deacon, Moderator and Sunday School Superintendent, and a teacher. Most recently she became a member of Grace Community Church. She loved nothing better than worshiping her in church each week.

Through all the joys and trials, you could always count on Dot’s smile, her heart and her mind. When her first husband Robert (Bob) passed at such a young age, leaving her to raise two children on a teacher’s salary, she went through a very hard time. She later commented that she didn’t have time to cry because there was so much to do. She was on TWA flight 847 when it was hijacked in 1985 in the Middle East. Her faith in God kept her calm and which made it possible for her to help other passengers to get off the plane when they were released. After she returned home, she was able to help others heal by telling her story and sharing her faith. According to one of her granddaughter’s, she was indestructible. But she also traveled the world with family, friends and a choir from Bangor ME., and had wonderful stories to tell about her adventures. Though we know she is in Heaven where there are no more tears or sorrow, and only light love and joy, she will be missed by the countless people she touched during her long and loving life.

She is preceded in death by her parents, Ralph and Vera Leach, her husbands; Robert P. Allan and Loren J. Sullivan, Her brother-in-law Albert Bean, and her grandson Robert Scott Allan.

A memorial visitation will be from 1 P.M. to 2 P.M., with a service to follow at 2 P.M., at Grace Community Church, 1108 Mill St, Yorkville, IL 60560, on Saturday, June 26, 2021. During the service there will be a time to share stories about Dot, and the service will be streamed online at www.gccyorkville.net.