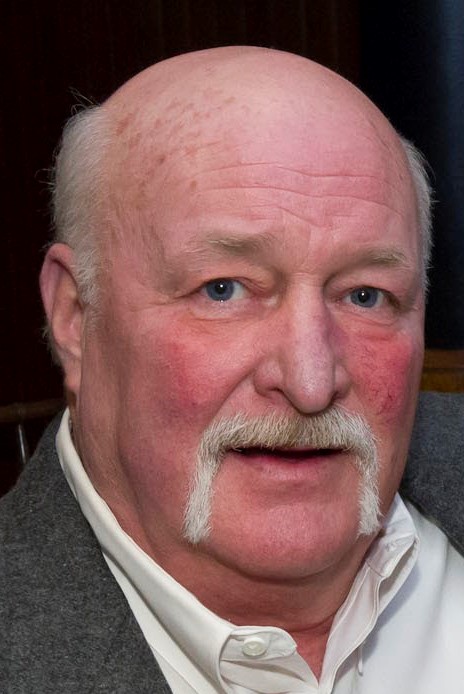 Fred A. Butler, age 63, of Plano, IL, passed away April 19, 2019 at Rush Copley Medical Center, Aurora, IL.
Fred was born September 8, 1955 in Creston, IA, to proud parents, Henry and Betty (Bootjer) Butler.
Fred grew up in Lorimor, IA until age 3 when his family moved to Aurora where he attended local schools. He spent his childhood obsessed with anything with wheels, especially cars. He took that passion to his dadâ€™s side working as an “assistant” and helping him “work” on various cars. (His contributions were dubious at best.) He loved sports and made a name for himself on the grid iron before graduating from West Aurora High School with the class of 1974.
Fred was lucky in love three times in his life. Two marriages ended in Fred taking a different path, but his life was forever changed for the better when he met Colleen King. Their two hearts became one on February 14, 1998. They began their new life, along with Colleenâ€™s son Clint, in Plano, IL.
Fred worked as a truck driver for various construction and concrete companies over the years and held sway over his snow plow, but changed into a “driverâ€™s cap” when he got behind the wheel of a limo, working for Diamond Limousines for a few years. In addition to his various driver duties, Fred served as an alderman for the City of Plano, was a certified auctioneer, and partnered with Steve McMichael of Chicago Bears fame to open Mongoâ€™s on Main in Sandwich, IL.
Fred was a goofy guy who never played it straight. His favorite pastimes included picking on anyone and everyone, especially when he egged on his sister Ann and wife Colleen, much to their chagrin and shared “misery”. He had a heart of gold and was generous to a fault. Friends can attest to the fact that Fred was always first in line when they needed help of any kind. He bled blue as an avid Cubs fan whoâ€™d paid his dues, swore and cheered on his team and cried tears of joy when they won the World Series. He doubled up on his Chicago loyalty when it came to his beloved Chicago Bears, never missing an opportunity to “Bear Down” on game day. Dogs held a special place in his heart and he made room for many of his “best friends” over the years, even training one to go duck hunting. Fred had a green thumb like no other and was very proud of his vegetable garden. The harvests were many and every one was a bounty to be shared with family and friends. His collection of heirlooms, antiquities, clocks, Howdy Doody and sports memorabilia was one for the ages, not to mention his collection of hats that spanned countless shelves in his home. Fred may have been flawed, but he was 100% genuine. He was sentimental, extremely emotional, loved his family fiercely, drank with abandon and like Frank Sinatra, Fred Butler lived his life “My Way”. He was a beloved son, brother, uncle, husband, step-father, grandfather, asshole and friend. If you met him, youâ€™d never forget him. He always had an open tab at the local tavern; an empty bar stool stands where a good man is missed.

He is survived by his loving wife Colleen; a step-son, Clint and his daughter Clara; one sister Ann (Fred) Holch; a nephew, Dirk Van Kempema and a niece, Gretchen Van Kempema; five cousins: Marcy Haas, Donna, Jim Debbie and Scott Butler as well as a large family of friends who will miss him dearly.
He is preceded in death by his grandparents, parents, Henry and Betty Butler and one cousin Jeffrey.
An informal Celebration of Life will be held on Saturday, May 4, 2019 from 11am-2pm at Leeâ€™z Place, 2738 N 48th Rd, Sandwich, IL 60548.
In lieu of flowers, contributions may be sent to the charity of your choice.