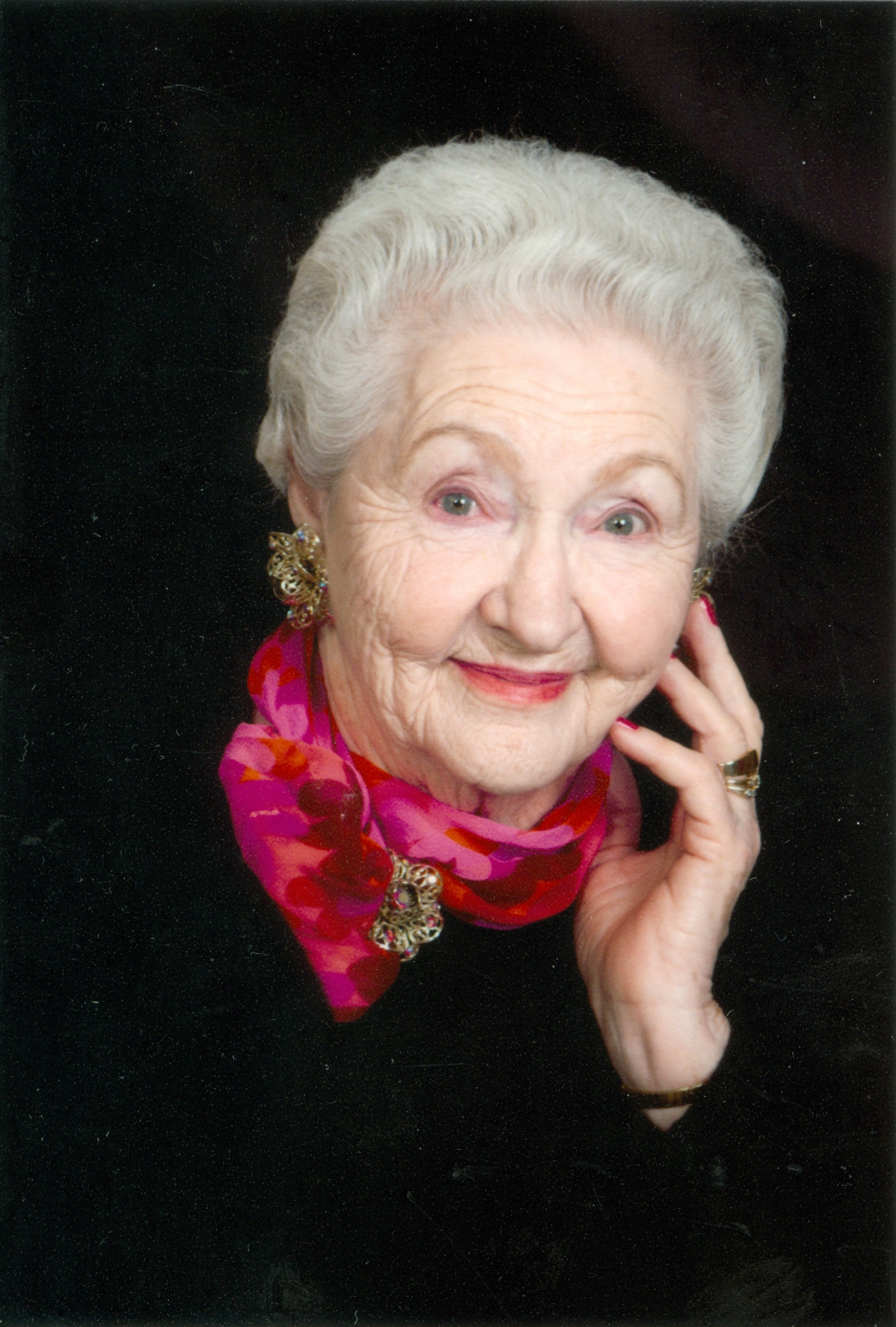 Genieva “Gen” Christensen, age 95, of Loves Park, formerly of Aurora and Maple Park, passed away peacefully, in the early morning hours of Tuesday, October 11, 2016, and is finally reunited with her husband, Harvey Christensen.
She was born April 27, 1921, in Pender, NE, the daughter of Harry and Gertrude (Elsinger) Green.
While at a penny arcade in Kansas City, KS, Gen met a certain Weapons Drill Instructor, Harvey Christensen, from Fort Riley, Kansas. A fifty-cent piece provided an afternoon of entertainment which was only the beginning of a lifetime of happiness. They corresponded by letter and managed only thirteen “dates” before they were united in marriage on November 11, 1943 at Fort Riley. They began their new lives together in a hotel for the first six months before “graduating” to a one room apartment in Junction City. After being discharged from the Army, Gen and Harvey returned to make their home in Maple Park where they lived with Harveyâ€™s mother for a number of years before moving to a home of their own on State St. In 1963, they left Maple Park and purchased a home in Aurora.
Harvey and Gen were partners in life and business. They opened a real estate and insurance office in Elburn. In the mid 1960â€™s, Gen and Harvey began a real estate investment company and later transitioned into a passive investment portfolio from which they retired.
Gen was a life-time member of the Order of the Eastern Star, and past Worthy Matron in the Elburn chapter which later merged with the DeKalb chapter.
Gen was a volunteer for almost everything. She had a servant heart and enjoyed sharing her time and talents freely to any number of organizations and communities. She was both a Cub Scout and Girl Scout leader, former president of the Maple Park PTA and served on the board of the Salvation Army. She was a dutiful 4-H mother and loved to entertain. Genâ€™s gift of hospitality was well known and reigned supreme at every Christensen get- together. Whether it was a large group or small gathering, your coffee cup was never empty and the cookie jar was always full. Gen was a dedicated and involved member of the Grace United Methodist Church in Maple Park and later the First Christian Church in Aurora. Throughout the years, Gen and Harvey were inseparable, loved to travel and shared their quest for life together. When Harvey passed away in 2004, a link in their chain was broken, but now they are reunited and holding court, side by side, once again.
She is survived by five children: Chuck Christensen, Howard “Howie” (Nancy) Christensen, Jan (Dave) Duggar, Julie (Kevin) Lewis, and Ronn (Melissa ) Christensen; Seven grandchildren: U.S. Navy Senior Chief Dave (Angel) Duggar, Deana (Chris) Willard, Jennifer (Jason) Law, Kristin Lewis, Jeff (Mallory Massino) Lewis, Marissa Christensen and Todd Christensen; eleven great-grandchildren: Dakota Duggar, Dylan Duggar, Aspen Duggar, Janelle (Jeffrey) Quattlebaum, Summer Ferrell, and DelRae Ferrell, Kayla Ferrell, Codi Willard, Caitlyn Willard, Parker Jo Law and Peyton Briley Law; one great-great grandchild; four siblings: Carole Mae Hardison, Ellen Mallott, Jenice Wollard and Wayne Green; many nieces, nephews and a community of friends.
She is preceded by her parents, Gertrude and Harry Green; her husband Harvey; five siblings: Vincent “Bud” Green, Denny Green, Darnell “Dutch” Green, Phyllis Green and Wilma Cravens.
Visitation will be from 10-11 a.m., Saturday, October 15, 2016 at Conley Funeral Home, 116 W. Pierce St., Elburn, IL. A funeral to celebrate her life will follow at 11 a.m. with interment at Gardner Cemetery, Maple Park, IL.
A memorial has been established in Genâ€™s name to benefit her favorite charities, including both Alzheimer and cancer research. Checks may be made to Genieva Christensen Memorial and mailed in care of P.O. Box 66 Elburn, IL 60119. Tributes and memories may also be forwarded to the family through the Conley Funeral Home Facebook Page and www.conleycare.com where you can see her full life story.

A funeral to celebrate her life will follow at 11 a.m. with interment at Gardner Cemetery, Maple Park, IL.