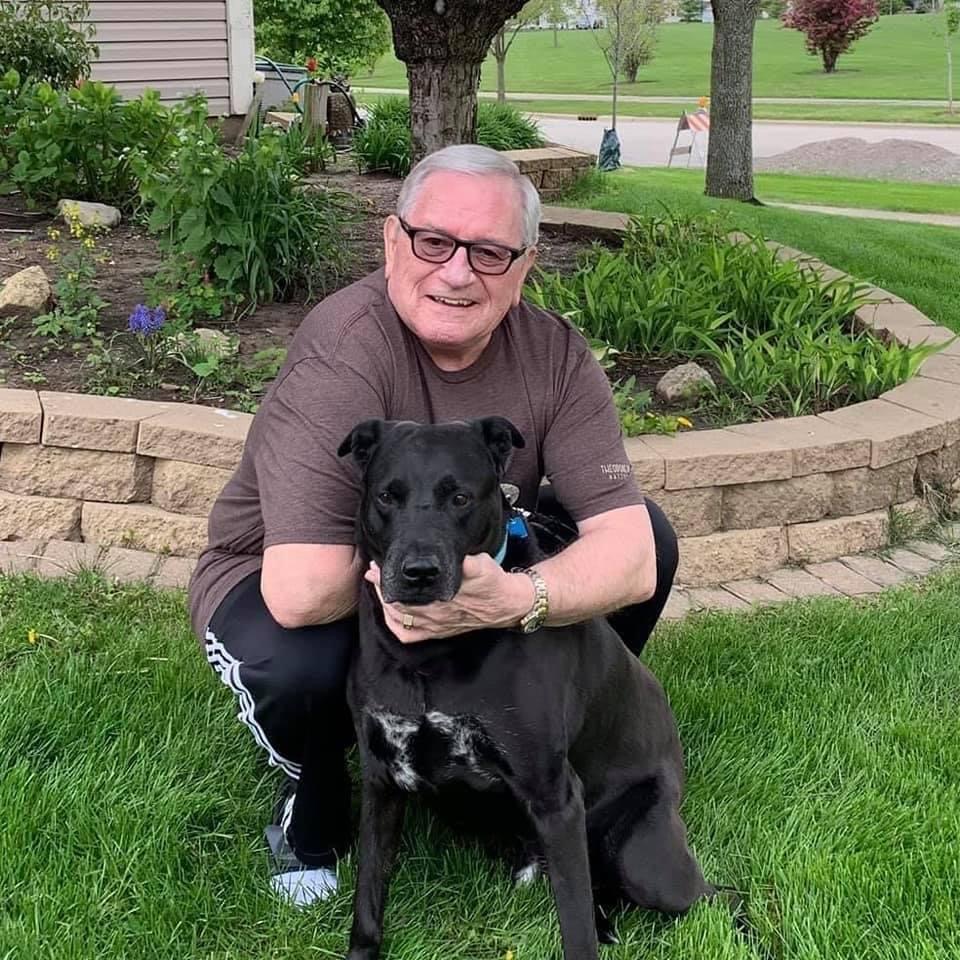 Gregory C. “Greg” Dorneden, age 75, of Punta Gorda, FL, formerly of Elburn, passed away quietly, Saturday, June 18, 2021, as he took the hand of his Savior, leaving behind the physical battles, including Lupus, that plagued him in recent years.

Greg was born the fifth of ten children on November 18, 1945, in DeKalb, to proud parents, Edward and Annette (McQuaid) Dorneden.

He grew up in Maple Park with his many siblings and attended local schools. In 1956, the family moved to Elburn near Fisherman’s Inn where in later years he would dredge the ponds and plant the surrounding acres with beautiful trees.

Greg graduated from Kaneland High School with the class of 1963 and proudly served two years in the US Navy on the communications ship, USS North Hampton, a presidential command ship (if Airforce one couldn’t fly, the president would be present for them to protect and sail away.)  Upon completion of his service he worked at Caterpillar Tractor Company in Montgomery IL.

Deborah Stonecipher had an eye for a certain gentleman and made it known her heart was his for the taking. Greg gladly gave his in return and they were united in marriage on November 28, 1969. They began their new life together on 1st St. in Elburn and were blessed with a son Jason, one son that was born into Heaven, John Paul, and later Emily made the family complete. family moved to Georgia for a time before Greg and Deb decided to walk separate paths. Both returned to the Elburn area pursuing independent career paths while co-parenting their children.

Greg was dedicated to his community and put himself on the front lines as a volunteer fireman in Elburn from 1972 to 1980. Greg devoted his heart as one of the first paramedics on the then newly established Elburn Ambulance and eventually swore to serve and protect as one of Elburn’s finest on the police force.

He changed badges after a time and became an officer in Batavia for several years. Greg then began a long and storied career in the hospitality industry, first working at a front desk manager at Pheasant Run in St. Charles. After being promoted to beverage manager, he left for the same position at Palmer House in Chicago, where he set numerous sales records. McCormack Place was his next stop, also as the food and beverage manager, before hopping on a plane to begin a brief stint at the Bitter End Yacht Club in Virgin Gorda. It was pure paradise before Hurricane Hugo made a dramatic entrance in 1989 sending Greg back home during extensive renovations. While the decimated resort was rebuilding, Greg began a 17 year tenure at AT&T before going back to school in 2007, eventually establishing his own mortgage brokerage. The man who never seemed to stop working, finally entered retirement in 2012.

Greg was a past commander of the Sugar Grove American legion, as well as a trusted member of the Elburn Lions Club.

Greg was larger than life and surrounded you with warm friendship and gregarious nature. He was so proud to be a father to Jason and Emily and worked tirelessly to be a good dad. He believed in his children and loved them with all his heart. Greg enjoyed family gatherings and those times surrounded by friends. Card games were a must, especially pinochle and euchre, at which he was famous for calling trump with no jacks. His stories brought laughs by the dozen and his jokes and “Greg-ism’s” brought groans in equal measure. “He gave as good as he got”, and often turned his infectious laugh at himself when the jokes were on him. There was no one better at hitting fly balls to the kids, siblings, nieces, nephews or anyone who had a mitt, and he didn’t stop until his hands hurt. The White Sox were number one, as well as his beloved Green Bay Packers, but neither eclipsed the love for he had for his dog “Dan”, a mutt who claimed an ever-growing spot in his heart since 2015. Although it has been years since Greg called Elburn home, he always pined for the community of his youth, even into his last days.

He is preceded in death by Deborah Dorneden, his parents, Edward and Annette Dorneden;  one son, John Paul in infancy, a sister Marjorie “Marge” Marshall, and three brothers: Jim, Bernie, and Pat Dorneden

Greg’s passion to help others will continue as he wishes included donating his body to science to aid research in the areas of Lupus and Pulmonary Fibrosis, so others won’t have to suffer as he did.

Following cremation, a graveside service at St. Gall Catholic Cemetery, Elburn, will be held in 2022 to honor a life well lived.

In lieu of flowers, donations may be made in his name to the Lupus Foundation of America at www.lupus.org. Memories and tributes may be left on the Conley Funeral Home Facebook Page, or at www.conleycare.com where you can read his full life story.

Following cremation, a graveside service at St. Gall Catholic Cemetery, Elburn, will be held in 2022 to honor a life well lived.