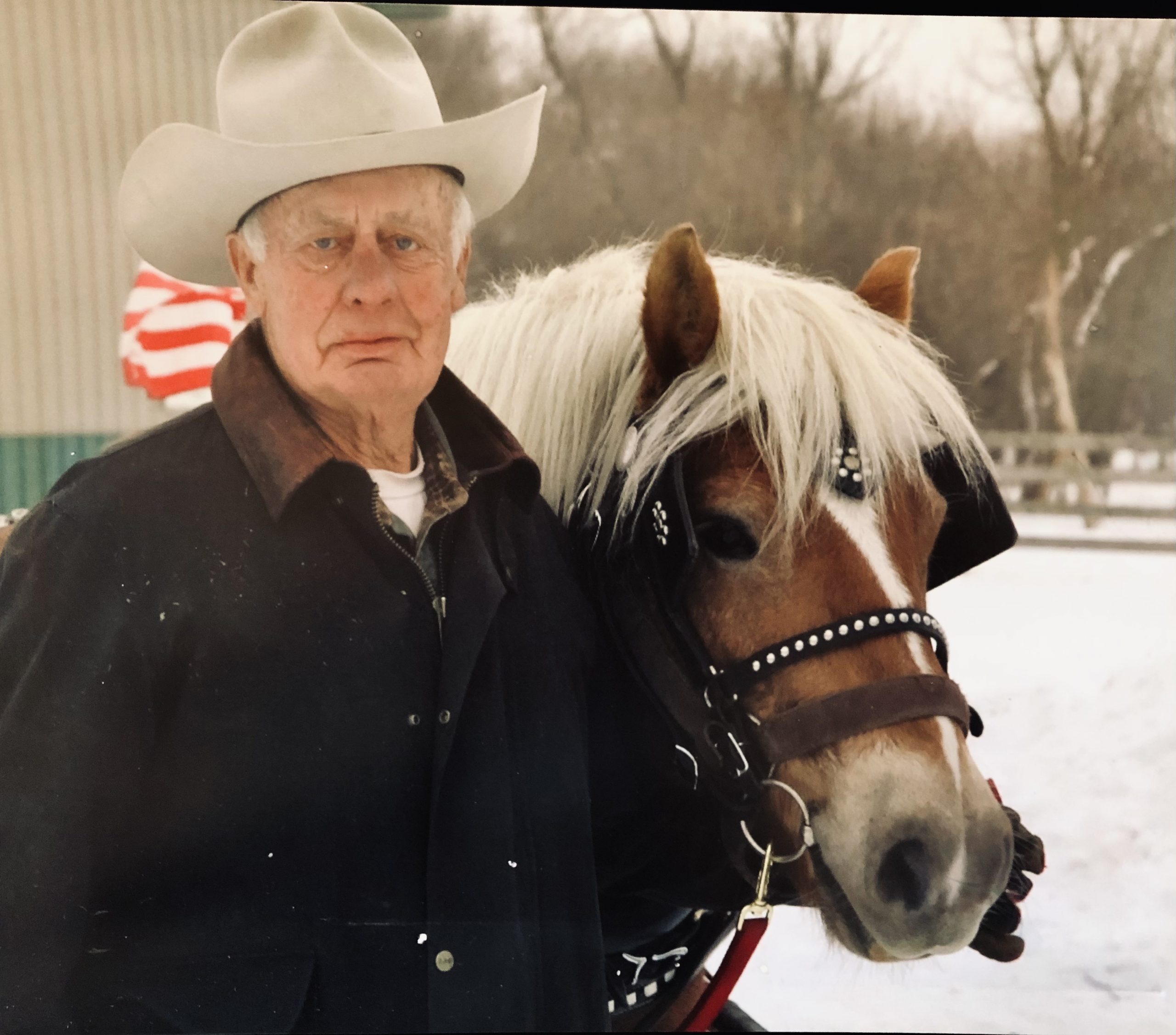 TO VIEW JIM’S SERVICES LIVE: Please click on this link 5 minutes before the start of the service and you will be directed to the live stream, even if you don’t have Facebook.

James “Jim” Feece, age 85, of Elburn, IL, passed away quietly into the arms of his Savior, and was comforted by the love and prayers of his family, Saturday, December 12, 2020.

Jim grew up his entire life within the same few miles on Green Road in Elburn. His family moved from Indiana when he was just two.

Jim attended local schools and graduated from Elburn High School with the class of 1955. The following year, Jim enrolled into several agriculture classes at University of Illinois.

In 1958, Jim was united in marriage to Pat Lutin at the First Baptist Church in Geneva. They made their home back on Green Rd. where they welcomed three children, Linda, and Rod and Judy. Tragically, Pat would pass away at the age of 39. Susan Scott caught more than Jim’s eye; she stole his heart as well. They were married in 1977 at the Kaneville United Methodist Church. The family soon grew by two more, Jimmy and Colleen.  They parted ways seven years later, but the love they had for their children would never diminish.

His grandfather, father, and Jim himself, spent a lifetime tending to his family’s fields on Green Road.  He was already at work before the sun came up and often lingered till it was put to bed in the west. Nothing escaped his attention and no labor was beneath him. His strong hands may have been beaten down by a life of labor, but they possessed a strength that rivaled their tenderness. It wasn’t uncommon for Jim to help his friend unload 15 tons of fertilizer bags from the back of a semi. 672 fifty pound bags made for a long tiring day, but Jim was there for every pound, and never left a job or friend until the job was done.

Jim gave back to his community as a member of the Elburn Fire Department and Elburn Ambulance for 37 years. Jim also was a trustee for Blackberry Township for over 40 years. He was a leader and occasionally assistant leader for the Elburn 4-H Club for many years and proudly received his fifty year pin from the Blackberry Township Masonic Lodge.

Jim officially had five children, but many others were unofficially adopted over the years. The ones that stayed in touch often remarked that Jim was more of a dad to them than their own fathers.

He is survived by five children: Linda Graves, Rod (Tracy) Feece, Judy Gross, Jimmy (Miriam) Feece and Colleen (Matt) Newton; thirteen grandchildren; eight great-grandchildren; two siblings: Barbara (Neal) Hauser and John (Rosie) Feece; many nieces, nephews, cousins and a family of friends from one edge of the county to another.

He is preceded by his parents and one grandson Joey Graves and son-in-law, Scott Gross.

Private family memorial services will be held Monday, December 21, 2020, with a public burial to follow at Blackberry Twp. Cemetery at 11 a.m. Masks and social distancing are required to attend any and all services.

In lieu of flowers, a memorial has been established in Jim’s to benefit his favorite charities.  Checks may be made to the “James Feece Memorial” and mailed in care of P.O. Box 66, Elburn, 60119. Tributes may also be forwarded to the same address, the Conley Funeral Home Facebook Page, or at www.conleycare.com.