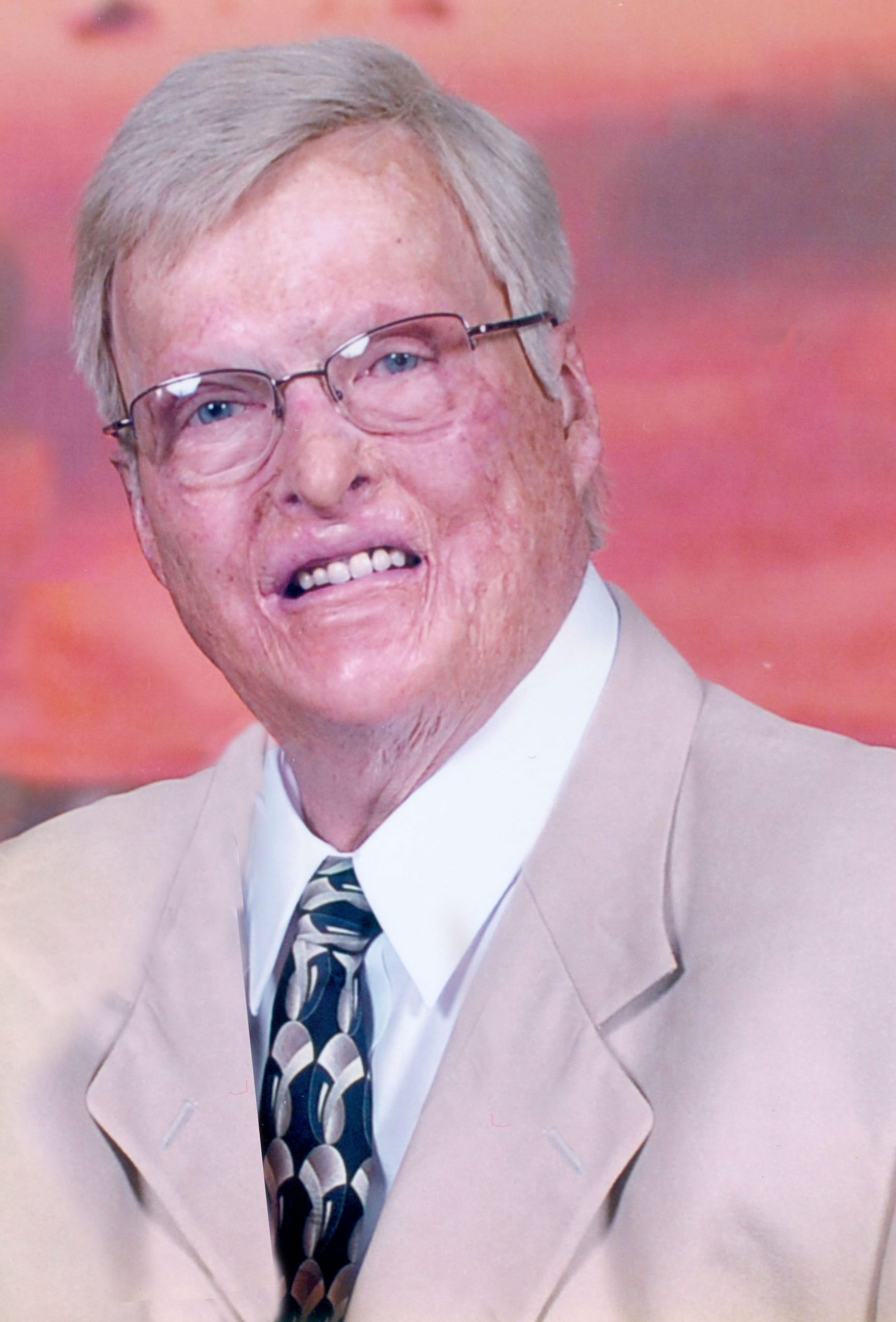 James “Jim” Turk, age 86, of Maple Park, passed away in the early morning hours of Thursday, April 22, 2021, and now claims the promise of his Savior.

He was born February 2, 1935 in Sycamore, the youngest of ten children and the only one to be born at the local hospital. Jim was presented to his brothers and sisters by his loving parents, Henry and Marie (Stevens) Turk.

Jim grew up on the family farm near Virgil, IL and attended S.S. Peter & Paul Catholic Schools. He graduated from Maple Park High School with the class of 1953. Before receiving his diploma, Jim took turns playing multiple sports, but outshone all the others as a catcher on the baseball team. It was also in those hallowed halls of education, that Jim found inspiration whenever he saw Marlene Hartmann. It was to be a love that would stand the test of time.

It was a year after high school that Jim enlisted into the United States Air Force. During his enlistment, Jim sampled nuclear clouds in a converted B-29 over Japan when tragedy struck. Jim was one of two survivors and suffered burns that would mark his body for the rest of his life, but would also stand as testament to his strength and determination to overcome any and all obstacles that came his way. His hospitalization lasted almost two years and would be full of surgeries and recuperation.

Upon return to civilian life, Jim married his high school sweetheart, Marlene Hartmann, on December 29, 1958 at S.S. Peter and Paul Catholic Church in Virgil, IL. They began their new life together in the Maple Park area and didn’t stray thereafter. They eventually put down roots on Barber Greene Rd. and made almost 60 years of memories and raised three sons.

Jim spent many years in custodial work for the Kaneland School District, was owner and operator of   Jim’s Market in Maple Park for fifteen years, and later he ran for office and was the Cortland Township Property Assessor for four terms. In addition, he was a familiar face behind the wheel of a school bus, also for Kaneland.

In his younger years, Jim coached fundamentals of baseball to young high school kids, while also being the chauffer to all the games in the region which were sponsored by various Lions Clubs. He supported all the local athletics, even after his kids left the school system.  Later he enjoyed his time knocking down ten pins in a DeKalb bowling league and ruled the links as a member of the Maple Park Golf League. Fishing was a passion for Jim and many memories (and tall tales) were born in Canadian waters. When he went hunting, there was never a better four-legged companion than Maggie, a German Shorthair, an opinion shared by anyone who walked the fields with Jim in search of pheasant and ducks.  Jim and Marlene loved to travel and left their mark in every state of the union as well as several trips to Europe. They were no strangers to cruises which included the Mediterranean and other ports. They enjoyed driving in an RV to Alaska which was capped by an Alaskan cruise. No matter how you met Jim, you met a friend for life. His shoes will never be filled but they can be used as markers to follow on how to live your life with strength, determination, and integrity.

Visitation will be Sunday, April 25, at the S.S. Peter and Paul Parish Center, Virgil, IL, from 3-7p.m. A Mass to celebrate his faith will follow on Monday, April 26, at S.S. Peter & Paul Catholic Church, Virgil, at 11 a.m. Fr. Ariel Valencia, pastor of the church, will officiate with interment to follow at Ohio Grove Cemetery.

In lieu of flowers, a memorial has been established in Jim’s name to benefit his favorite charities. Checks may be made to the “James N. Turk Memorial” and mailed in care of P.O. Box 66, Elburn, 60119. Tributes may also be forwarded to the same address, the Conley Funeral Home Facebook Page, or at www.conleycare.com.