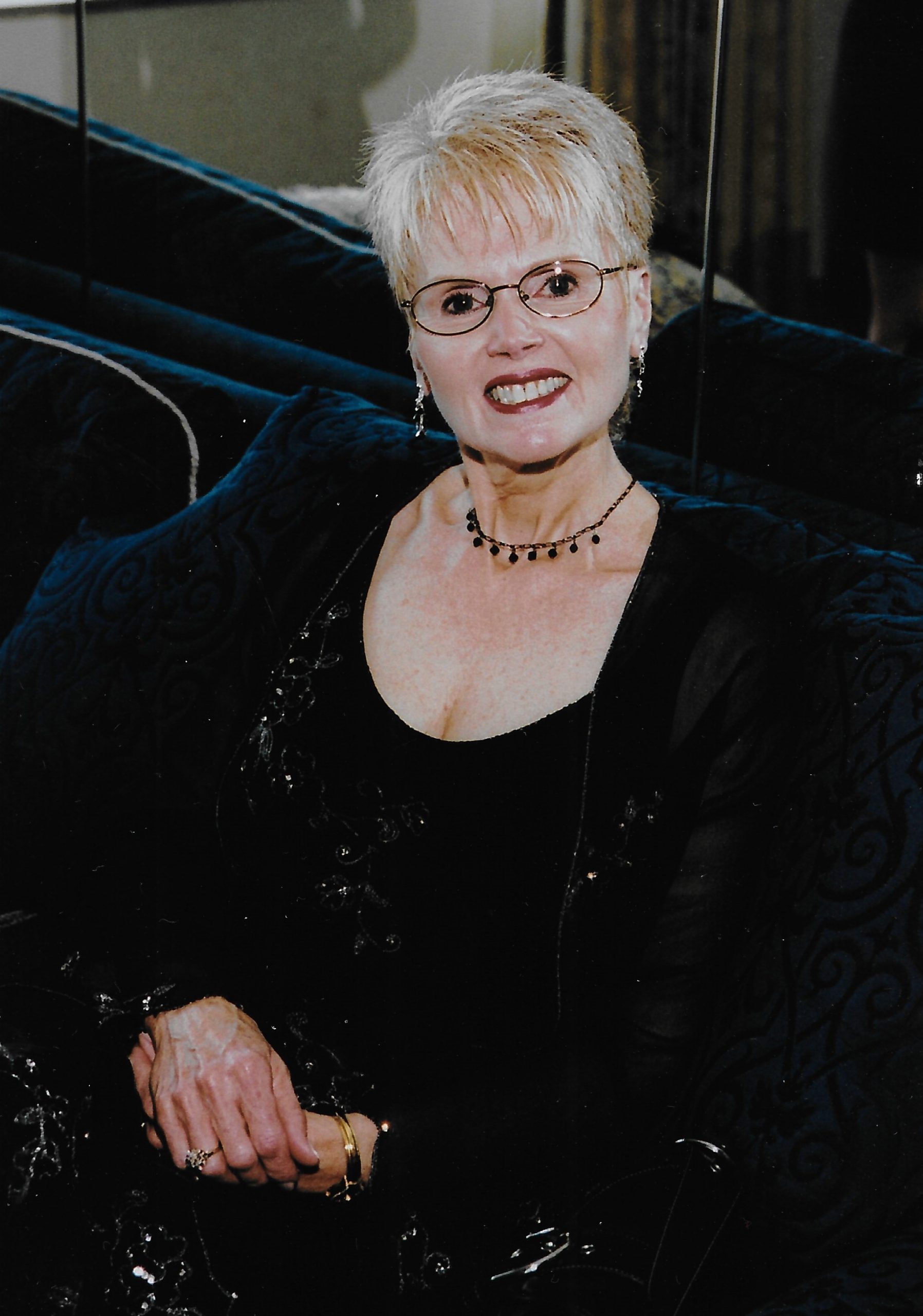 By the grace of God, and after a 14 year-long battle with Alzheimer’s, Janet Mary Anderson, 75, of Elburn, IL, passed away peacefully the morning of September 29, 2020.

Janet was born on May 20, 1945 at Community Hospital in Geneva, IL, the fourth of five children to George and Catherine (Heisten) Deutsch. Tragically losing her father at the young age of 8, Janet was never far from the watchful eye of her mother and older siblings while growing up in St. Charles. As a child, she was often locally recognized for her little Hula Dancer costume, complete with a ukulele. Attending local Catholic schools during her formative years, Janet developed a special bond with her brother and sisters that remained throughout her life.

The one-time Prom Queen, Janet graduated high school from Mount St. Mary’s Academy (“The Mount” as she called it) and never straying too far away from her Catholic and Fox Valley roots, Janet attended classes at several local colleges, including St. Dominic College, now the site of the Q Center in St. Charles. Janet studied education and for six years, was a second-grade-school teacher at St. Pat’s in St. Charles. Those who were fortunate enough to receive a birthday card or other not from her, noticed the most perfect penmanship one had ever seen, certainly the work of a teacher.

On June 4, 1966, destiny struck, as the suburban red-haired beauty met a country-bumpkin while attending her cousin’s wedding reception. Arriving in her beloved Ford Mustang, Janet was instantly smitten with David Anderson. Together, that first night, they found a shared love of dancing, something they continued to enjoy during their 53 years together. United in marriage on April 8, 1967, David and Janet lived for a short time in St. Charles before moving to Elburn and purchasing their lifelong “home on the hill” in 1969. It wasn’t long before that house was full of three little boys (Michael ’70, Joel “72 and Ryan “76). “Sister Janet” as her sons would occasionally, but affectionately call her, Janet loved all “four” of her boys and spent the 1970’s and early 1980’s, doting on their every need. The perfect homemaker, with a hair never out of place, Janet was a wonderful cook, baker and connoisseur of a Perfect Manhattan cocktail, with a twist.

In the fall of 1982, Janet went back to work for Richwrap, in Elburn. There, she would swap stories, recipes, and gossip with other “working moms” from Elburn. Knowing Janet and the other moms, much of their time at Richwrap was probably spent bragging about their kids and complaining about their husbands. After working there for several years, Janet found her way to the kitchen of Kaneland Elementary School, and for the next 17 years, that was her home away from home. Eventually, Janet worked her way up to becoming the “head lunch lady” and ran the entire kitchen. With David, it was a true partnership in every sense of the word. David sold the food, and Janet cooked it!

Retiring from Kaneland in 2004, perhaps Janet’s greatest joy came with the arrival of her four grandchildren. Starting with Tyler (2004), Connor (2006), Madison (2007) and ending with Gavin (2013), Janet could always be found watching the grandkids. If she wasn’t watching them, she was at the ready, always available to answer any questions her kids had about their kids.

While Janet’s kids and grandkids consumed much of her time over the years, she loved to travel. Whether it was a quick trip to Ohio to see her sister Kathy, a weeklong getaway to Arizona, a European cruise with Mike and David, Florida and Ixtapa Mexico trips with lifelong friends, or an adventure to Hawaii, where Janet met Robert Redford, the smile on her face (and his) in their picture together, is priceless.

A devout Catholic, Janet made St. Galls Catholic Church her spiritual home for many years and helped the church in countless ways. Always a giver, Janet also donated much of her time to the Lions Club in Elburn, Meals on Wheels and various groups supporting Kaneland students. She was a true beauty, both inside and out. Humble, kind and gentle are just a few of the many adjectives that have been used to describe her.

She is preceded in death by her parents; sister, Dolores Lehman; a nephew, John Deutsch and joins them all in Heaven.

In lieu of flowers, a memorial has been established in Janet’s name to benefit her favorite charities. Checks may be made to the “Janet Anderson Memorial” and mailed in care of P.O. Box 66, Elburn, 60119. Tributes may also be forwarded to the same address, the Conley Funeral Home Facebook Page, or at www.conleycare.com.