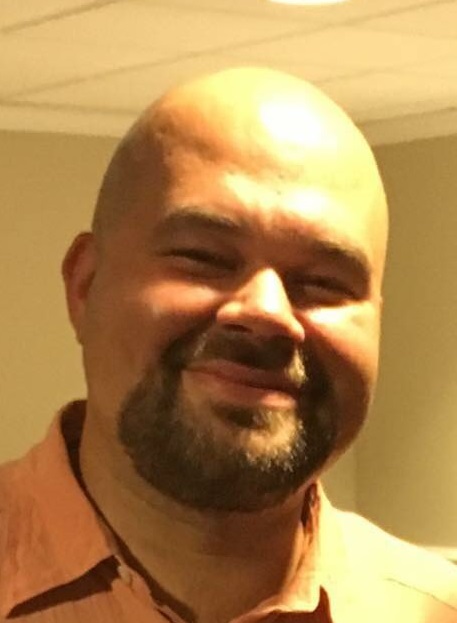 Jeffrey H. Jozwiak, age 36 of Lily Lake left our world on Thursday, January 5, 2017 at Delnor Community Hospital in Geneva.
Jeff was born into this world on November 5, 1980 in Maywood, IL to the parents of Carl Anthony and Gertrude (Brkic) Jozwiak.
Jeff grew up in Cicero, IL until the age of 10. After the family lost their father, Carl, Jeffâ€™s mother moved the family to Lemont, IL. Jeff and his family enjoyed speed skating together and taking many trips to their vacation home in Burlington, WI.
He graduated from Lemont High School in 1998. Jeff felt his calling to attend the United Technical Institute for heating and air conditioning. He was proud to receive his stationary engineering certificate in 2002.
After taking care of his mother, one random day Jeff decided to go out on the town to relax. Low and behold that evening would be remembered forever, because he met the love of his life. A month and half later Jeff and Stacy Nyman were engaged to be married. They were married on August 13, 2004 at St. Isidore Catholic Church in Bloomingdale, IL. The newlyweds started their life in Schaumburg, IL and later moved to Bartlett, IL. In 2013 the young family moved to their current home in Lily Lake.
Jeff worked as a licensed stationary engineer for 12 years at the same building downtown Chicago. The current company he was proud to work for was Able Engineering.
Jeff was a proud member of The Grand Levelers MC, a lifetime Harley Davidson Owners Group (HOG), the Local Union 399 of Stationary Engineers and St. Gall Catholic Church in Elburn.
First and foremost Jeff always said his two beautiful children and wife of 12 years were the best things in his life. He was an avid motorcycle rider; it was Harley Davidson and nothing else. Jeff was a gun enthusiast where he enjoyed owning, shooting and cleaning guns. He was a proud holder of an Illinois Concealed and Carry certificate. Jeff always grew up with dogs and was a lover of them. His pit bull “Cookie” and great dane mix “Newt” were his fourlegged friends. Jeff enjoyed paintballing and was a true jack of all trades. He could do house construction, woodworking, electrical, or repairing vehicles, if it was broke Jeff could fix it. Jeff was proud to have restored a car when he was a teen. He considered The Grand Levelers MC a brotherhood and his second family. Jeff, Stacy and the kids enjoyed taking family road trips to the Wisconsin State Fair, the Chocolate Fest in Burlington, WI and were avid zoo goers. Anything the kids wanted to do, they did. Jeff was an amazing man where he was devoted to his family and friends. Anyone who he cared about he would do whatever it took.
Jeff leaves behind his wife; Stacy, his daughter; Caimbrie and son; Carl, one brother; Anthony Jozwiak, two nephews, his mother and father in-law; John (Janie) Nyman, one brother-in-law; John (Kayla) Nyman, many other family members and lifelong friends.
He now joins his parents and one sister Karla.
A visitation honoring Jeffâ€™s life will be Tuesday, January 10, 2017 from 2:00-8:00pm at Conley Funeral Home in Elburn. A prayer service will be at 1:45pm at the funeral home with Father Christopher DiTomo officiating. Cremation rites will follow.
A memorial has been established in Jeffâ€™s name. Checks may be made out to the family to help support Jeff and Stacyâ€™s children and mailed in care of P.O. Box 66, Elburn, 60119. Tributes may also be forwarded to the same address, the Conley Funeral Home Facebook Page, or at www.conleycare.com.

A prayer service will be at 1:45pm, Tuesday, January 10, 2017 at the Conley Funeral Home with Father Christopher DiTomo officiating.