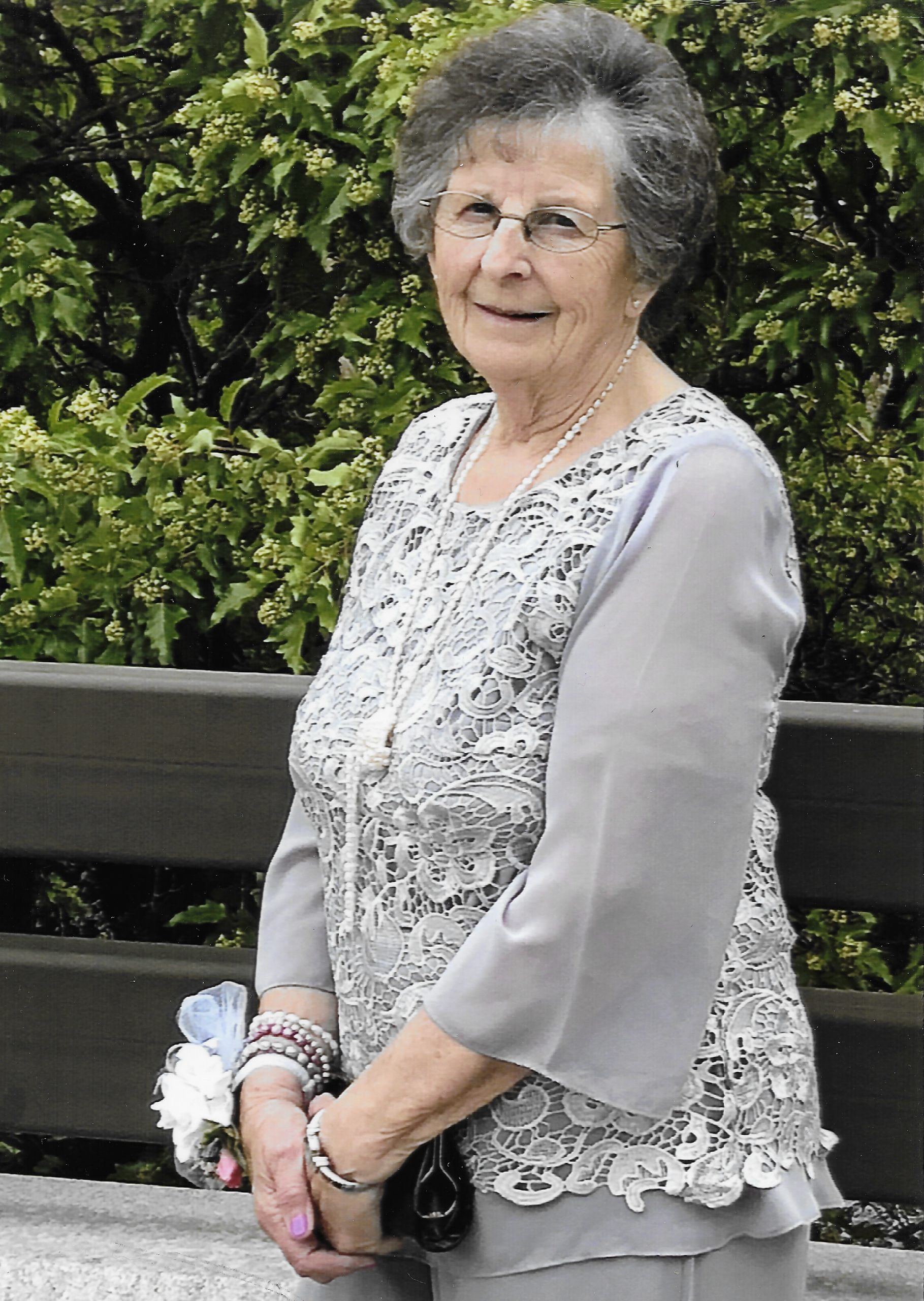 Carolyn Joan Theis, age 82, of Maple Park, IL, passed away quietly at her home, Monday, January 4, 2021, surrounded by the love and prayers of her family.

She was born December 24, 1938, in Hampshire, IL, to proud and loving parents, Edward and Lorena (Seyller) Reiser.

Joan grew up during the Depression in Hampshire when what little there was, was used, saved and cherished. Joan had two dresses, one for school and one for Sunday and only got one pair of shoes per year, often putting cardboard in the bottom by years end. She attended local Catholic schools, but graduated from Hampshire High School in 1957.

As a child, Joan delivered newspapers but later worked at the Elgin Watch Factory when she would meet the love of her life. Joan met Henry Theis at the Blue Moon in Elgin, a popular dance spot, and it was love at first sight. Both Henry and Joan were smitten and following a whirlwind courtship, on November 11, 1961, they united in marriage.

She was an active member of the VFW Ladies Auxiliary and volunteered many hours at St. Mary of the Assumption Catholic Church in Maple Park, helping to clean, bake and cook, as well as serve at luncheons.

Joan never sat still. She was hard working and completely selfless; rather than asking for herself, she always asked what she could do for others. After the kids were grown, Joan worked for over 20 years and rose up the ranks to become supervisor in the shipping department for Auto Meter in Sycamore. She also was the “behind the scenes” power behind the family business, Theis Farm Market, making sure all the needs were met and spent many hours laboring in the fields come harvest time. She loved to keep her hands busy by embroidering, quilting, crocheting and crafting. Ceramics and knickknacks filled her home, a passion she received from her mother. Her family and friends loved to make memories playing cards, especially Kings in the Corner, and ALWAYS kept score. Not knowing the game was no excuse for slow play. Joan and Henry were snowbirds and looked forward to yearly trips to Arizona to escape the Illinois cold. Family was Joan’s “fuel” and no one kept her going like her grandchildren and great-grandchildren. Her love and warmth are still felt in the hearts of all who knew her and she will always be remembered.

Private family services will be held at St. Mary of the Assumption Catholic Church, Maple Park.

In lieu of flowers, a memorial has been established in Joan’s name. Checks may be made to the “Carolyn Joan Theis Memorial” and mailed in care of P.O. Box 66, Elburn, 60119. Tributes and memories may also be forwarded to the same address, on the Conley Funeral Home Facebook Page, or at www.conleycare.com.