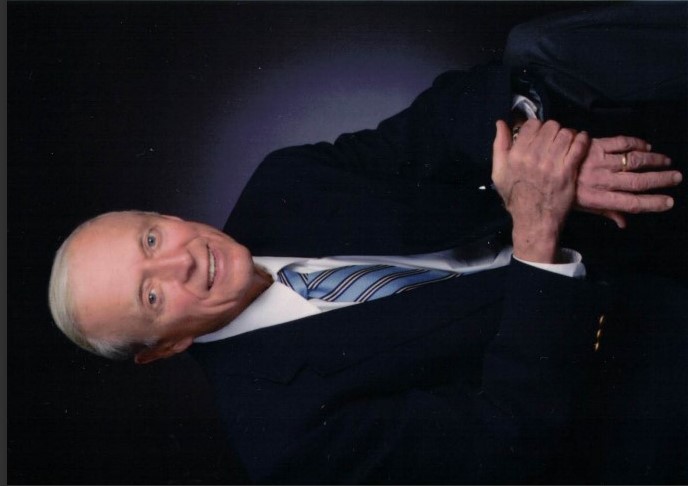 ****DUE TO NEW COVID RESTRICTIONS, VISITATION HAS BEEN CANCELLED. MASS WILL BEGIN AT THE STATED TIME, BUT THERE WILL BE NO VISITATION PRIOR TO MASS.

As a youth, John served as an acolyte at St Ascension of Our Lord Catholic Church and graduated from the Polish parish’s grade school.  He attended Evanston Township High School.  He continued his education at the University of Illinois Circle Campus/Navy Pier but completed his Bachelors of Arts from Loyola University. During these years he worked as a golf caddie, plastics factory worker, department store clerk, Evanston Streets and Sanitation worker, and as a U.S. Postal Carrier.

Following college, John was drafted into the US Army, serving in the 3rd Armored Division.  He was the company clerk in Germany during Kennedy’s Berlin Crisis. He toured Europe extensively, becoming interested in the history of Western Civilization.  After an honorable discharge, John worked again for the Post Office while using the G.I. Bill to obtain his Masters Degree in History from Northern Illinois University in DeKalb.

During this time, John met Janet (Norris) Andrzejewski, his wife of 52 years, at NIU.  They were married at Holy Cross Parish in Batavia, IL in 1968. Both began teaching in Kankakee County.  John worked at Bishop McNamara briefly, followed by work at the Joliet Arsenal.  He then taught civics, geography, and history for 38 years at Limestone Grade School.

Across 38 years of teaching 5-8th grade students, John never met a single bad kid.  His classroom was filled with living plants, historical artifacts, hand-drawn pictures, and stories of the time machine that he had stolen from the Germans and hidden in his basement at home. Students not quite satisfied with a quiz or test score could always try to spell his last name for extra credit, and indeed most figured it out.  A large laminated sign at the back of his classroom featured a tall man with a very wide and distorted head. The caption summed up “Mr. A’s” teaching philosophy: “A mind stretched can never be the same.”

Seeking the best possible life for his family, John took a second job as a realtor, and shortly thereafter took a significant risk to start his own real estate business, Action Realty.  His customer service was so good that he regularly sold the same home repeatedly over the span of his 21 years as a real estate broker.  John’s work ethic as a businessman and his and unwillingness to let details slide set a strong example of successful entrepreneurship for his children and many others.

John was active in politics and civic life.  He ran for State Representative against George Ryan as an independent Democrat in 1976 and 1978, in campaigns that featured a prescient focus on the environment, and that emphasized the dangers of an incumbent political class and the corruption that regularly attends it. He also campaigned against nuclear power.  He devoted time as a caring pro-life volunteer with Birthright. John’s Catholic faith was deeply held and reflected in the many roles he played at St. Margaret Mary parish in Herscher, IL, including as a Sunday and weekday lector, extraordinary minister, as a long-serving catechism teacher, a Legion of Mary member, and member of the Knights of Columbus.  He also became a proud member of the Herscher American Legion.

9 thoughts on “JOHN A. ANDRZEJEWSKI”