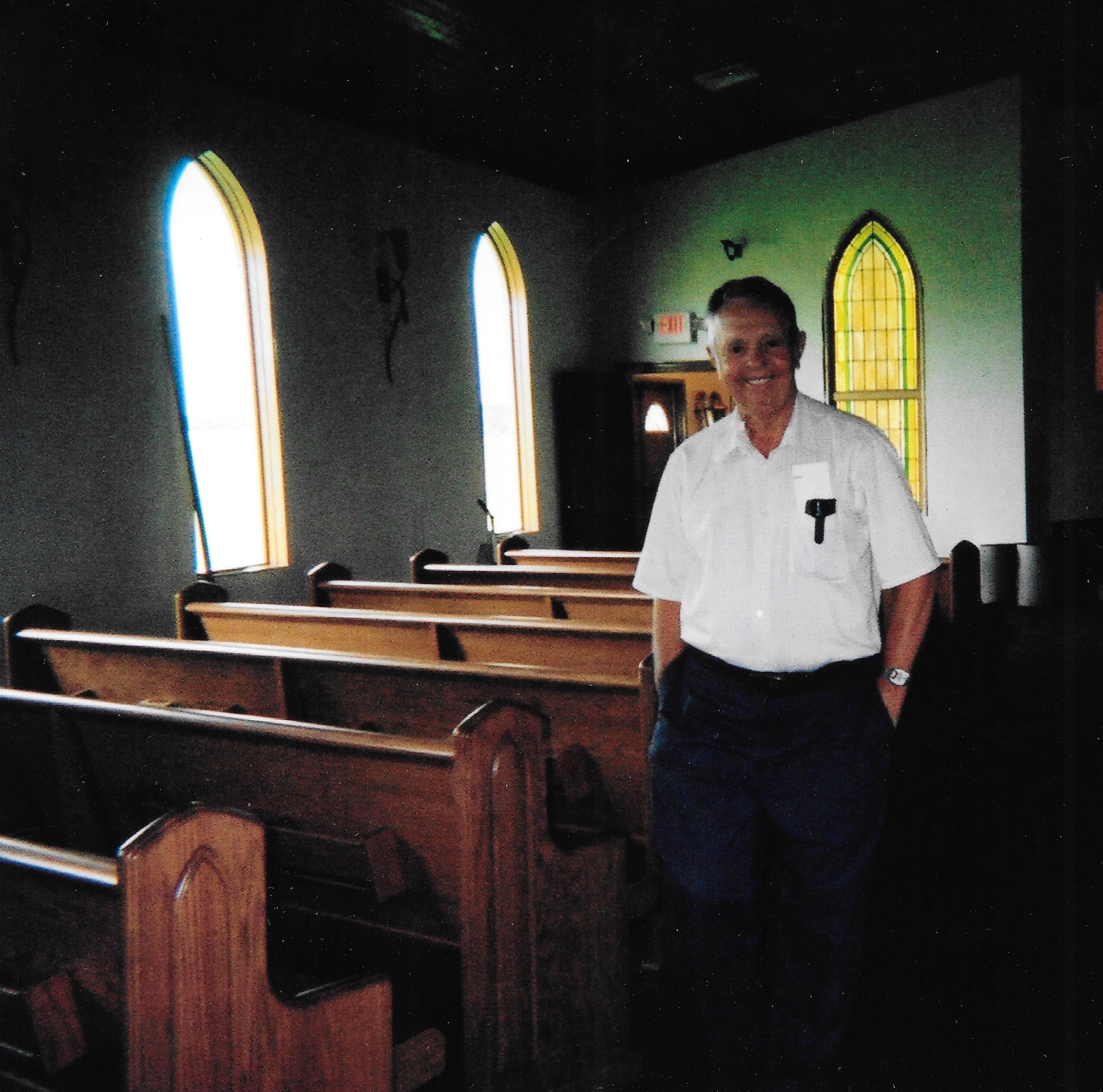 John’s family lived in Aurora for a time before moving to Rockford and Rockton areas, where he attended local one room school house. Stories have it that he rode a horse to school…uphill….both ways. They moved a few miles east of Maple Park on Rt. 38 where they began farming and where John began his real education.

Marianne Train caught John’s heart after he caught her eye, and they were united in marriage in March of 1949. They began their new life on the Keenan farm on Harter Rd. for a time before settling on Pritchard Rd. where they continued to raise a growing family that included five sons. Grief came to call on March 13, 1998 when Marianne passed away after 49 years of marriage. In time, his heart began to mend and made room for another love, Shirley Harvell. She too lost her spouse and together they made a great team. They were walked down the aisle in 2001, spending the next 19 years making memories to cherish for a lifetime.

John’s heart and soul were mixed with the soil that he tended, but found time to work as a welder on the side, helping to put up metal buildings. No day was complete without overseeing the blessings that were laid out before him, row by row, from his home to the horizon.

He was a proud member of the Kane County Car Club, the DeKalb County Farm Bureau and the Lord of Life Lutheran Church.

John’s work ethic was forged in the soil of his youth, but restoring cars was a passion that was put on display in parades as a member of the Kane County Car Club. Going on rides with his family made memories with every mile, but it was the times when the family all piled in a camper, and later an RV, to camp in Mississippi, that shine the brightest. John’s faith was the bedrock of his life, and his teachings were shared with others when he, alongside Marianne, worked as a Missionary and Lay Pastor at various churches, even going to Russia for a few months. His legacy now becomes the fields he worked and the family he raised. John will never be forgotten.

He now joins his parents, John Sr. and Milda Olson; his first wife, Marianne Olson; one son Duane Olson; a daughter-in-law Susan Olson; one brother Don Olson; and a half-brother Dave Gustafson, who preceded him in death.

A graveside service will begin at 11 a.m., Thursday, December 3, 2020, at Pierce Cemetery, at the corner of Pritchard and Owens Rd., in Maple Park.

In lieu of flowers, contributions may be made in John’s name to a charity of your choice. Tributes and memories may be left on the Conley Funeral Home Facebook Page, or at www.conleycare.com.