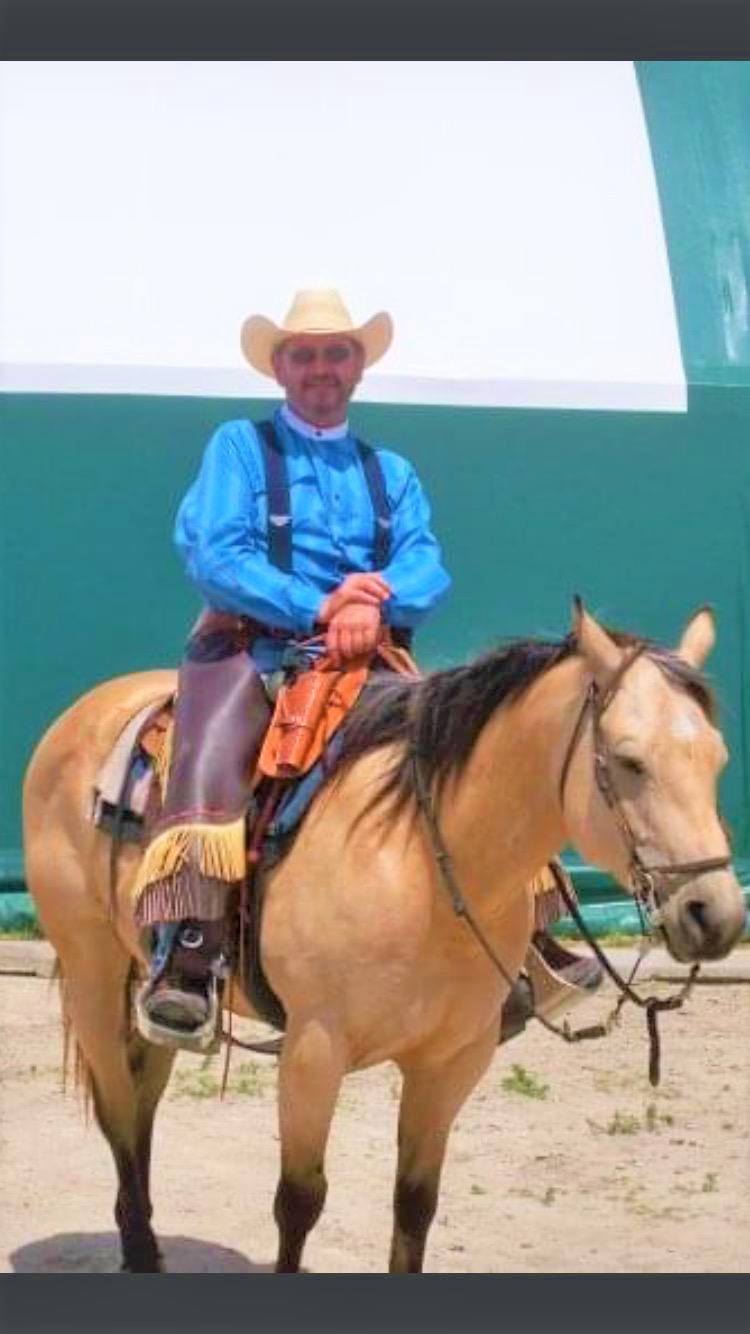 Joe graduated from Burlington Central High School in 1959. He was a member of the football team and the FFA Club.

He married Donna Nelson on July 28, 1961 and they spent their life on the farm.

After retiring from the Midwest Operating Engineers, Local 150, he continued to farm the family fields.

His passion for horses evolved from trail riding to cowboy mounted shooting on his horse Barbie .

He was preceded in death by his parents: Lee and Margaret Butts; two sisters Dorothy Struckman and Nancy Bower , two nephews: Mark Bower and Tony Bower .

Visitation will be Sunday, January 3, 2021, from 12-1pm, followed by a funeral service to celebrate his life, at St. Peter’ s Evangelical Lutheran Church, 43W301 Plank Rd, Hampshire, IL 60140 Rev. Thomas E. Eaves, pastor of the church, will officiate with interment to follow at South Burlington Cemetery.

In lieu of flowers, contributions can be made to St . Peter’s Evangelical Lutheran Church or to the charity of your choice. Tributes and memories may be left on the Conley Funeral Home Facebook Page or at www.conleycare.com.