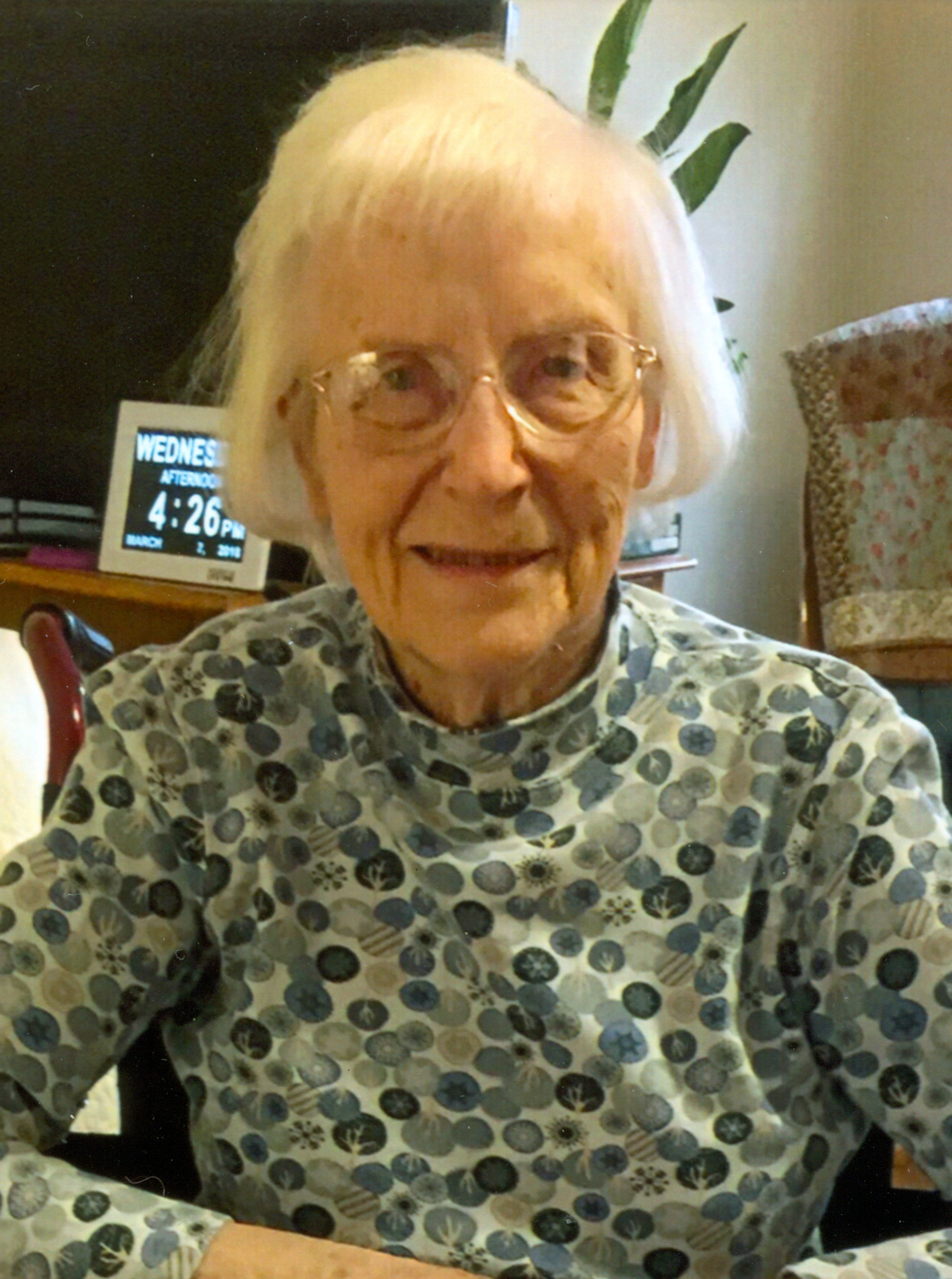 Joyce Helen Vogt, age 92, of Geneva, passed away surrounded by the love and prayers of her family on Friday, April 13, 2018. Joyce was born in Elkhorn, WI, on April 3, 1926, to proud parents Joseph and Helen Barrett. At an early age, Joyce and her parents moved to Woodstock, IL, where she grew up. She would often be found in the garden or reading a good book. Joyce attended local schools in Woodstock until graduating from the high school in 1944. After high school, she attended Beloit College in Wisconsin where she studied psychology and later graduated Summa Cum Laude with a Bachelorâ€™s degree. After college she found her way to Geneva, IL. During an outing with some of her friends, Joyce was introduced to Arthur “Bob” Vogt. After meeting Bob, Joyce knew she was going to marry him. Following a whirlwind courtship, Joyce and Bob were joined in marriage in 1956. Joyce got the package deal, a wonderful husband and was blessed with two daughters, Mary and Sally. Initially, Joyce was a stay at home mom and doted on the girls. She worked jobs in sales and had experience with secretarial work. Joyce had the summers off to take care of Mary and Sally when they were younger. While at home, Joyce was quite the seamstress and would make the girls clothes, even some of their prom dresses. She was an avid gardener, and during the summer months, she could be found tending to her gardens. During their free time, Joyce and Bob would often entertain their friends at their home. The two of them had a great sense of humor and such love. Joyce was an excellent entertainer and you could always count on Joyce and Bob for a gracious time. Their house was always filled with joy and laughter. When the weather was nice, Bob would take Joyce up north to go to some of their favorite fishing spots. If they werenâ€™t fishing, you could find them on the greens playing a good game of golf. Joyce and Bob were the epitome of a great couple. There was always so much love. Joyce will always be remembered for her kindness and a heart full of love, she will never be forgotten. Joyce is survived by two daughters: Mary Schluchter and Sally (Bob) Hodge; four grandchildren: Sean (Jenny) Schluchter, Robert (Ellen) Hodge, Sara Schluchter, Kathryn (Jason) Powell; six great-grandchildren: John, J.J., Rylan, Macklyn, Timmy and Kellen; seven nieces and nephews: David Swanson, Randy Riotto, Debbie Brisch, Elizabeth Riotto, Vicky Blakley, Donna Childs, and Edward Barrett. She is preceded in death by her parents Joseph and Helen Barrett; her loving husband, Bob Vogt; and her brother, Donald Barrett. Visitation will be on Thursday, April 19, 2018, at Conley Funeral Home, 116 W. Pierce St., Elburn, IL 60119 from 5-6:30 p.m., with a prayer service to follow at 6:30 p.m. A private family burial will take place at a later date. In lieu of flowers, donations may be may to the charity of your choice. Tributes may also be forwarded to the same address, the Conley Funeral Home Facebook Page, or at www.conleycare.com.

A private family burial will take place at a later date.