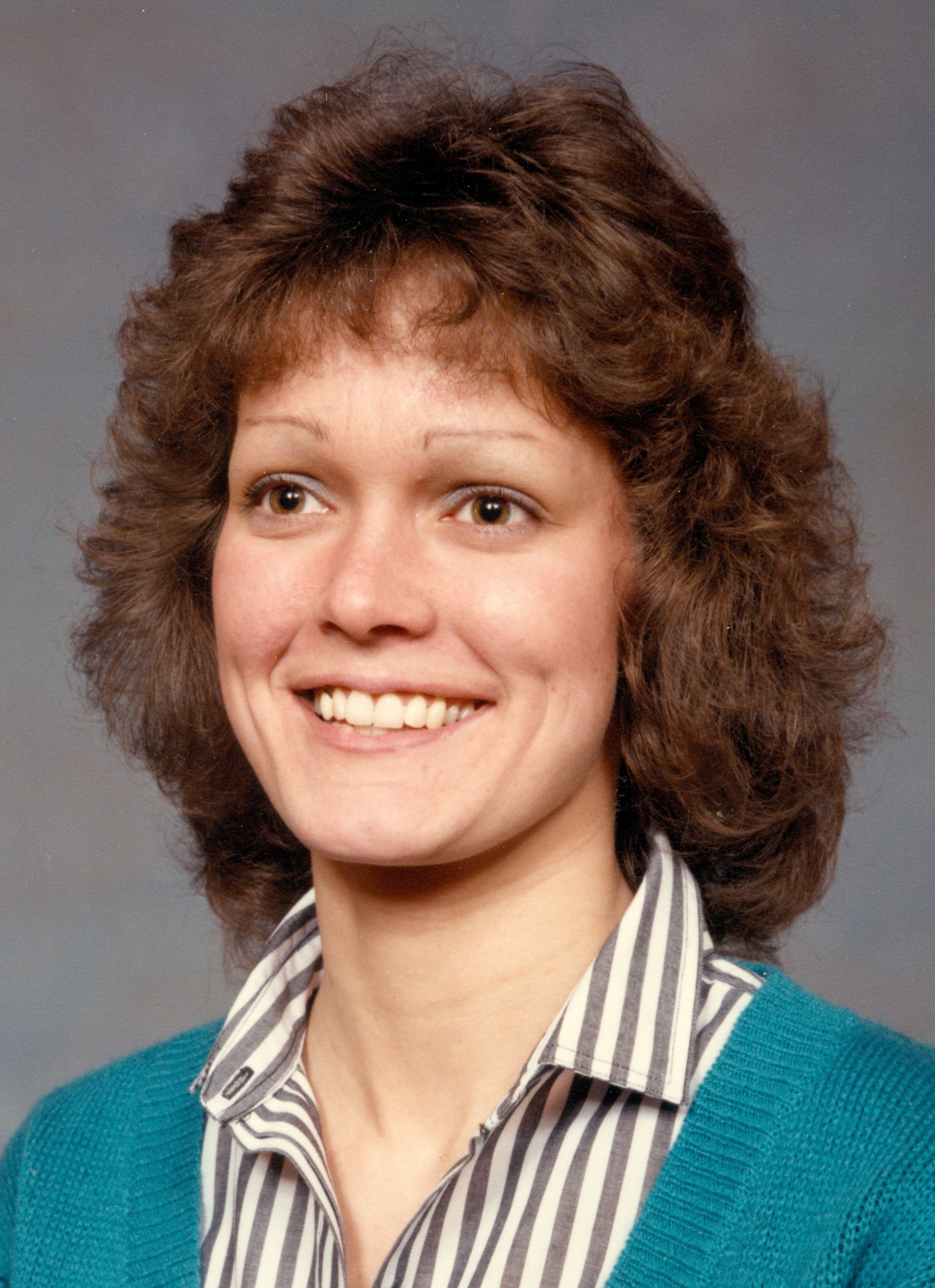 Lauri K. Heyob, age 58, of Maple Park, passed away Sunday, August 12, 2018, and entered heaven to her personal Lord and Savior after a year of an aggressive battle with Transverse Myelitis and MS which viciously paralyzed her and caused an inability to speak. Her wishes were fulfilled as she was surrounded by her loving family, three cherished cats, and an adored friend, Julie Little.
Lauri was born in Sterling, IL, on July 8, 1960, to proud parents, Larry and Carmie (White) Franklin. While growing up in Milledgeville, Lauri was the star of the show and was found in front of the camera more often than not. In 1973, the family moved to Sycamore, where Lauri attended Sycamore High School graduating in 1978. Lauri was active in Track and Field; her high jump record earned her a mention in the local newspaper and she received many trophies for her efforts in Track. In addition, she earned honorable mention for her pumpkin pie.
After graduation, Lauri went to work at Nehring Electric and Duplex Forms in DeKalb. She lived in the DeKalb area until she married Paul Heyob on July 30, 1989 at the Sycamore Baptist Church. Through their marriage, Lauri was blessed with a daughter, Nikki. They moved to make their home in Maple Park and though Lauri and Paul went their separate ways after a time Lauri continued to make her home in Maple Park. She later was employed at White Brotherâ€™s Trucking in Wasco where she worked in the office for nearly 30 years.
Lauri as an active member of the Loyal Order of the Moose and served as a trustee on the Maple Park Village Board where she made many lifelong friends.
At the age of 28, Lauri was diagnosed with a brain arteriovenous malformation (AVM). OSF guided her to Phoenix Barrows Neurological Institute where Lauri made countless medical trips to Arizona. She had two brain surgeries and was the first patient to ever receive Barrowâ€™s Gamma Knife Radiation. After many trips between Illinois and Arizona, in the late 1990â€™s, Lauri received the good news that she was “cured”. She said her Lord gave her an additional 30 years to this earthly life after her brain surgery.
Every summer, Lauri planned motorcycle trips with her favorite friends to head out west. She also attended many softball games for Nikki and cheered her on every minute. Family and friends were very important to Lauri. Every holiday, with pies in hand, she made the trip to Freeport to see her parents and sister, Carla. After they ate, Lauri was always too tired to help with the dishes she sought out the couch instead and took a nap.
In her free time, no mall was safe from Lauri. She loved to shop taking all of her coupons she could not resist expanding the wardrobe in her closet and adding perfume to her vast collection. She also had a passion for animals and helped to save many over the years.
In more recent years, Lauri was often behind the camera than in front of it as she enjoyed various trips; she continued to have an amazing sprit. In June of 2017, she became paralyzed with MS but that did not stop her smile or her laughter. Her good friend, Julie helped her through this time and bore the constant Fox News playing in the background. She nicknamed her Princess Lauri.
Lauri is survived by her parents, Larry and Carmie Franklin; her sister, Carla (Brian) Myers; her step-daughter, Nikki (Will ) Schmidt; two nephews, Michael (Leizle) Myers and David Myers; three great-nephews: Aaron and Carlo Delavin and Phillip Myers; two grandsons: Wyatt and Dane Schmidt; her uncle, Van White; three beloved cats: Jordan, Jaydan and Finch; several cousins and many friends in Maple Park.
She is preceded in death by her brother, Vance Franklin; her former husband, Paul Heyob; her grandparents; many aunts and uncles and recently her cousin, Tim Spaulding.
Visitation will be held Sunday, August 19, 2018, from 1:30-2:00 p.m. at the First Baptist Church, 530 W. State St., Sycamore, IL 60178. A funeral service to celebrate her life will follow at 2 p.m. Private family burial will take place at a later date.
In lieu of flowers, a memorial has been established in Lauriâ€™s name. Checks may be made to the “Lauri Heyob Memorial” and mailed in care of P.O. Box 66, Elburn, IL 60119. Tributes may be forwarded to the same address, on the Conley Funeral Home Facebook Page or at www.conleycare.com.

A funeral service to celebrate her life will follow at 2 p.m.

Private family burial will take place at a later date.