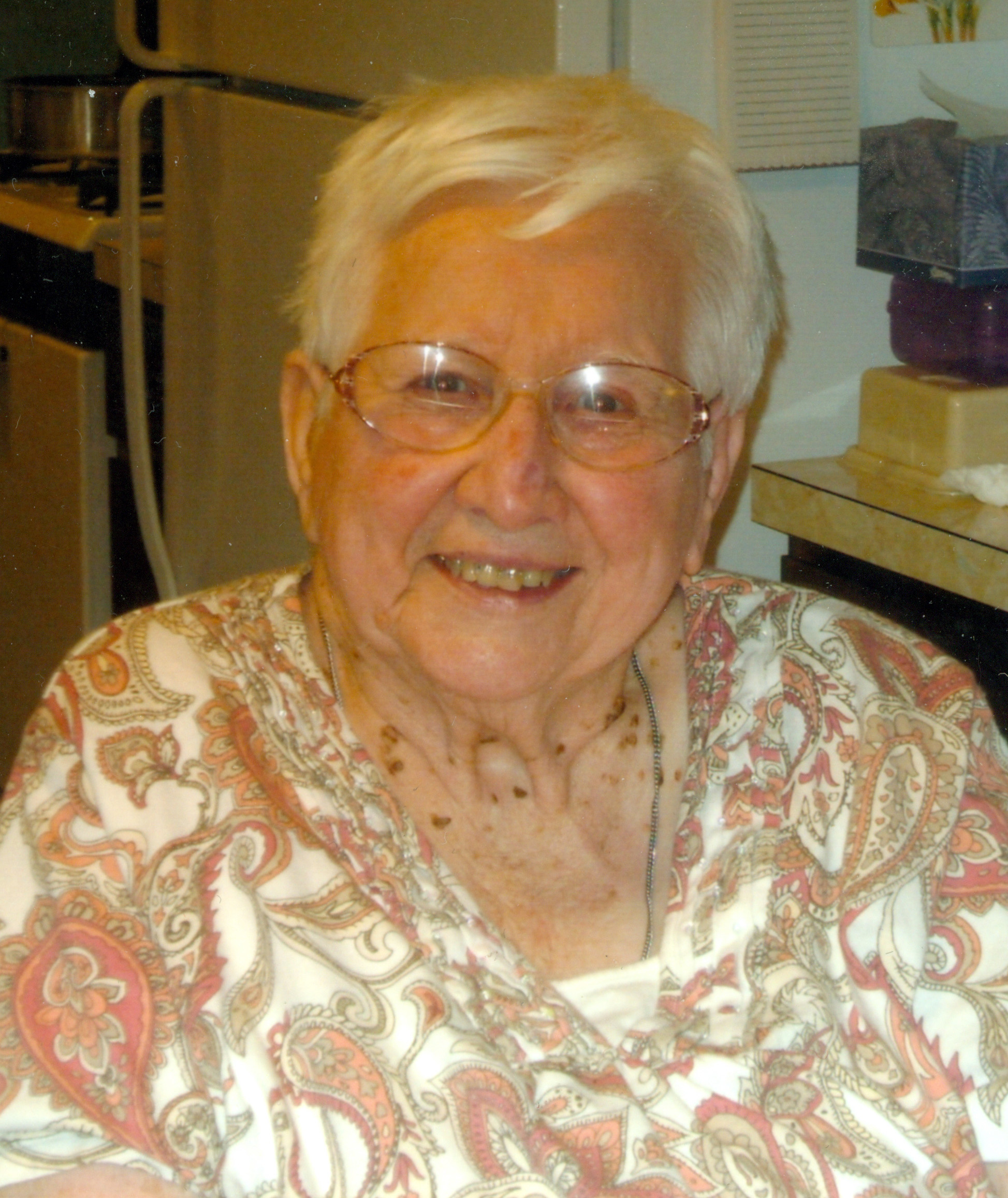 Mabel grew up in the communities of Kaneville and Big Rock, Illinois, graduating from Big Rock High School as the class of 1940 valedictorian.

Following her graduation, Mabel served as the secretary of her alma mater for about a decade before becoming a homemaker, assisting the parents of her future husband, Leonard. United in marriage on Valentine’s Day 1952, they began their new life together and Mabel quickly took on the role of a farmer’s wife and mother to their two daughters, Charlene and Marlene. Retiring from farm life in 1973, Mabel and Leonard made their first and only home purchase on Sears Road where Leonard lived until his death in 1984 and Mabel resided until moving to The Bickford of St. Charles in 2015. In 1987 Mabel was fortunate enough to meet Jim Sanmann, and a year later they were married on what Mabel would deem “the hottest June 25th ever” in 1988. In recent years she has made a name for herself at the Bickford in St. Charles where she found a family of friends and made many memories over countless games of bingo.

Mabel was a “social butterfly” and attended as many events as she could including going to the movies, The Arcada and Rialto Theatres, local play productions, and Lake Geneva for Oktoberfest to listen to polka music. Marking her calendar for other social events such as Huntley Brown concerts, Golden Harvester meetings, the Sandwich Fair, and craft shows, Grandma still made time to go antiquing and catch reruns of Lawrence Welk. Had it not been canceled, Mabel would have attended her 80th high school reunion this year in conjunction with the Big Rock Plowing Match. As the family matriarch, Mabel lived for holiday and birthday celebrations, insisting on decorating and cooking for everything she could until the last few years of her life. Another constant in Mabel’s life was writing to her cousin in England and favorite pen pal, Frances Andrews.

Visitation will be from 4-6 pm, Friday, September 25, 2020 at Conley Funeral Home, 116 W. Pierce St., Elburn, IL, 60119. Masks will be required to enter and social distancing will be in effect. Private family burial will follow at a later date.

In lieu of flowers, a memorial has been established in Mabel’s name. Checks may be made to the “Mabel Sanmann Memorial” and mailed in care of P.O. Box 66, Elburn, 60119. Tributes and memories may  also be forwarded to the same address, the Conley Funeral Home Facebook Page, or at www.conleycare.com. The family would also like to extend special thanks to the staff of Bickford Assisted Living in St. Charles as well as many healthcare workers over the years.