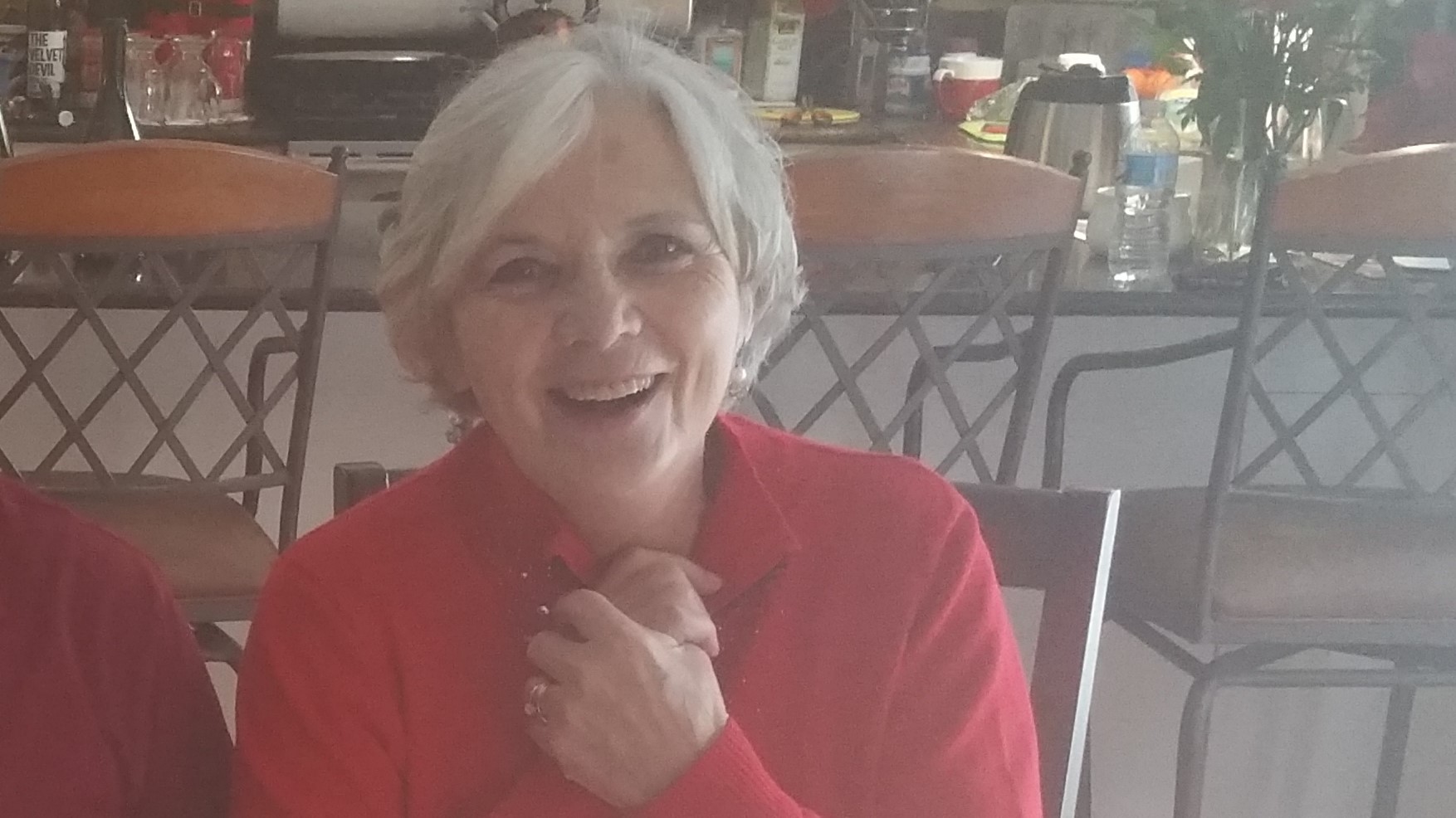 Maja Christensen, age 76, of St. Charles, passed away peacefully into the arms of her Savior, Saturday evening, December 30, 2017, surrounded by the love and prayers of her family.
Maja von Brevern was born September 28, 1941 in then German-controlled Wreshen, Poland, to Hella and Carl Felix (aka Kitty) von Brevern. She was the third of four surviving children.
During WWII (1939-1945), German-controlled Poland was invaded by the Russia and Majaâ€™s family joined the throngs of people trying to escape during the brutal winter. During the trek, the family lost both her grandmother and younger sister Astrid – unable to stop for a mourning or proper burial.
Once safely in Germany, the family resided in a refugee camp where they received donations to furnish a temporary home and eventually settled in Worms.
Maja graduated from the University at Sorbonne in Paris with a Masterâ€™s degree in foreign languages with the goal of becoming a translator for the United Nations. As UN jobs were hard to find, and not wanting to lose her use of languages, Maja started her career as a translator at a furniture company and later moved to work for American Express on any army base in Worms.
Maja met U.S. Army officer Lance Christensen on a blind date shortly after the passing of Majaâ€™s father in August of 1967. Slowly their romance blossomed, leading to their marriage on November 15, 1968 in the local cathedral, the Wormser Dome. Maja and Lance came to the U.S. in 1970, settling in Mount Clements, MI. They moved to New Jersey for a time before moving to Seattle for 12 years and eventually settled in Illinois, bringing them closer to family in the Midwest.
One of her most important roles was that of home maker and mother to their children where Maja shared her family traditions as well as created some new ones. Some of her kids favorite memories are Nicholas Tag (aka Santa Clause Day, December 6th), homemade donuts on Halloween, and notes in lunch boxes. Another favorite for all family members (including Lance) was getting to plan your birthday including your favorite breakfast and favorite dinner, all started by homemade Kringle and presents before the day even started.
Maja was the unequivocal focal point of the family. She ran her home with a strong hand and heart and was a homemaker extraordinaire. If her home was her kingdom, her kitchen was the center, making delicious meals and filling up the kitchen with the fresh baked smells of what the kids describe as “twenty different kinds of cookies” during the holidays.
Hardly a family celebration was complete without a shot of frozen vodka-courtesy of her Russian heritage-followed by a chaser of zakuska, a traditional appetizer of mouthwatering proportions.
Maja also loved to ski, read, garden, entertain and she set an inviting table. Maja was also no stranger to card games and was always open to a game of Bridge, and more a recent addition, Manipulation, which even the seven year old grandkids could participate in.
She loved making people feel welcome and made sure everyone had a place ready for them. In short, Maja had a gift for celebrating life, no matter the time or the reason.
Maja was a respected member of St. Markâ€™s Lutheran Church, where she was known as a “make it happen” person. She taught many bible studies and helped provide countless meals to the homeless at Lazarus House for over 20 years.
Maja is survived by her loving husband of 49 years, Lance; three children:
Svea (Claudio) Christensen-Ehinger and their daughter, Kylie Hosack-Ehinger; Inga Christensen; Eric (Stephanie) Christensen and their children, Carter and Kendall Christensen; many nieces and nephews and a family of friends.
Visitation will be from 10-11 a.m., with a funeral service to follow at 11 a.m., Thursday, January 4, 2018, at St. Markâ€™s Lutheran Church, 101 S. 6th St., St. Charles, IL 60174. Private family burial will follow cremation at a later date.

Private family burial will follow cremation at a later date.