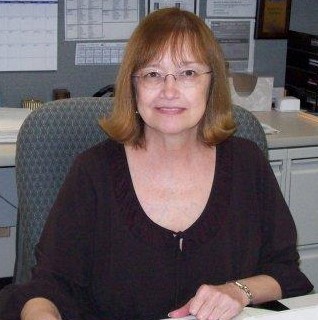 Marilyn Kay Mathias, age 70, of Saint Charles, IL, passed on peacefully surrounded by her family, on August 29, 2020 at the Seasons Hospice and Palliative Care facility in Naperville, IL. Her 14 month long battle with ovarian cancer was finally lost.

Marilyn was born on March 27, 1950 to Mabel and John F. Lamp in Cedar Rapids, IA. She grew up in Tipton, IA and graduated from the Tipton High School in 1968. She married Larry Mathias on December 20, 1969 and they had two sons. They moved to Saint Charles, IL in 1974 to pursue better employment opportunities. They later divorced. Marilyn worked in the Saint Charles Bank’s Trust department for some time before accepting a position with the Pier 1 Distribution Center where she was the Administrative Assistant and head of their Human Resources department for 25 years before her retirement. She loved the work and being able to support the needs of all of their employees, and they loved her back. Marilyn enjoyed spending time with her family, an occasional trip to be with friends in Wisconsin, playing the nickel slots when she could and traveling the country on the back of a motorcycle through 20 states and Canada. She was a member of the Saint Charles Moose Lodge.

She is preceded in death by her parents, Mabel and John (Fred), brother in law’s Arlyn Holden and Chet Christianson, and nephew Bart Holden.

Arrangements are pending for a Celebration of Life and gravesite services at a future date. Marilyn will be laid to rest in the Tipton Masonic Cemetery, Tipton, IA., next to her Mother and Father as she requested.  In lieu of flowers, memorials may be given in her memory and mailed to her family at 41W729 Fox Bend Dr., Saint Charles, IL 60175. Arrangements were handled with care by Conley Funeral Home, Elburn.