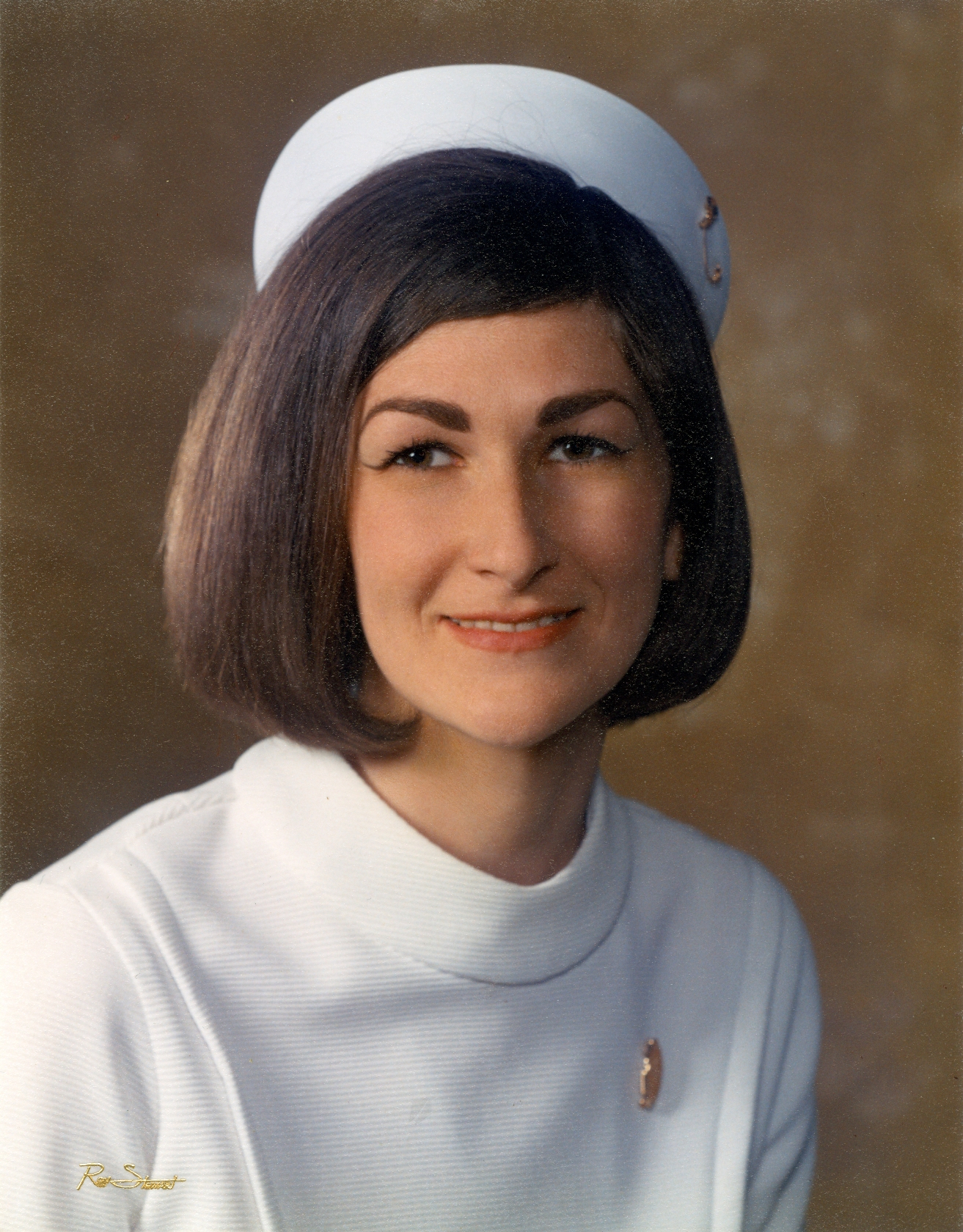 Mary E. Fecht-Gramley, age 76, of Kaneville, IL, passed from our sight on Christmas eve, December 24, 2017, and woke to a Christmas morning like no other. After long battle with the autoimmune deficiency disease, MDS, Mary is now free from the chains that broke her body, but never touched her determined spirit. She was born on March 6, 1941, in Newport News, VA, to proud parents, Wilbur and Clara (Williams) Jessee. Mary grew up in Newport News for a time during WWII where he worked on various ships during the war. They stopped briefly in Norton, VA, before moving to Aurora, IL in the mid 1950â€™s. Mary attended local schools along the way, but graduated from East Aurora High School. She went on to attend the McAuley Mercy School of Practical Nursing before moving to Copley Memorial Hospital School of Nursing. Northern Illinois University was her next stop where she received her Masterâ€™s Degree, also in Nursing. Columbia Pacific University was where she rounded out her education and graduated with a PhD in, you guessed it, nursing. She was a proud member of Trinity Episcopal Church where she participated in the choir and was also a lector. Mary also was a member of Sigma Beta Tau, the Nursing Honor Society. She was past president, board member and soloist for the Fox Valley Festival Chorus. Mary became a Captain in the Nursing Corp and served in the U.S. Army Reserve 801st General Hospital. Mary was past president of the Illinois Emergency Nurses Association and the Northern Illinois EMS. She was the author of several professional journal articles and book chapters and was an instructor at Waubonsee Community College School of Nursing. Maryâ€™s passion for medical care and teaching was unrivaled, but so was her love of travel. Destinations were varied across the U.S., but her favorites were Walt Disney World, Clearwater Beach, FL and the Badlands of South Dakota. Mary loved to spend time in the garden, tending to the needs of her flowers with the same care and dedication she gave to her patients, but in later years, Mary enjoyed watching someone else do all the work, leaving her to wear the “supervisor hat”. Nothing provided more joy than being surrounded by the love and laughter of her family, and especially her grandchildren. Mary is survived by her sons: Albert “Abe” (Lori J.) Fecht, Stephen (Leanne) Gramley and Phillip (Christine) Gramley; five grandchildren; four siblings: Robert W. (Deann) Jessee, Thomas J. (Susan) Jessee, Wilbur C. (Sue) Jessee Jr., Marlene (Richard) Jessee Salazar; several in-laws, nieces, nephews, not to mention a whole countryside of friends and colleagues, who will miss her dearly. The family would like to extend a special thank you to the medical and nursing staff at Presence Mercy Center Hospital and Rainbow Hospice, as well as the Illinois Doberman Rescue. She was preceded in death by her parents, paternal grandmother, first husband, Albert P. Fecht Sr., son Thomas C. Fecht, and second husband Leon F. Gramley. Visitation will be from 1-2 p.m. with a memorial service to follow on Saturday, January 6, 2018, at Trinity Episcopal Church, 218 E Benton St, Aurora, IL 60505. Private family interment will follow at a later date. In lieu of flowers, a memorial has been established in Maryâ€™s name to benefit her favorite charities, including the Trinity Episcopal Church, Rainbow Hospice and Illinois Doberman Rescue. Checks may be made to the “Mary Fecht-Gramley Memorial” and mailed in care of P.O. Box 66, Elburn, 60119. Tributes may also be forwarded to the same address, the Conley Funeral Home Facebook Page, or at www.conleycare.com.

Private family interment will follow at a later date.