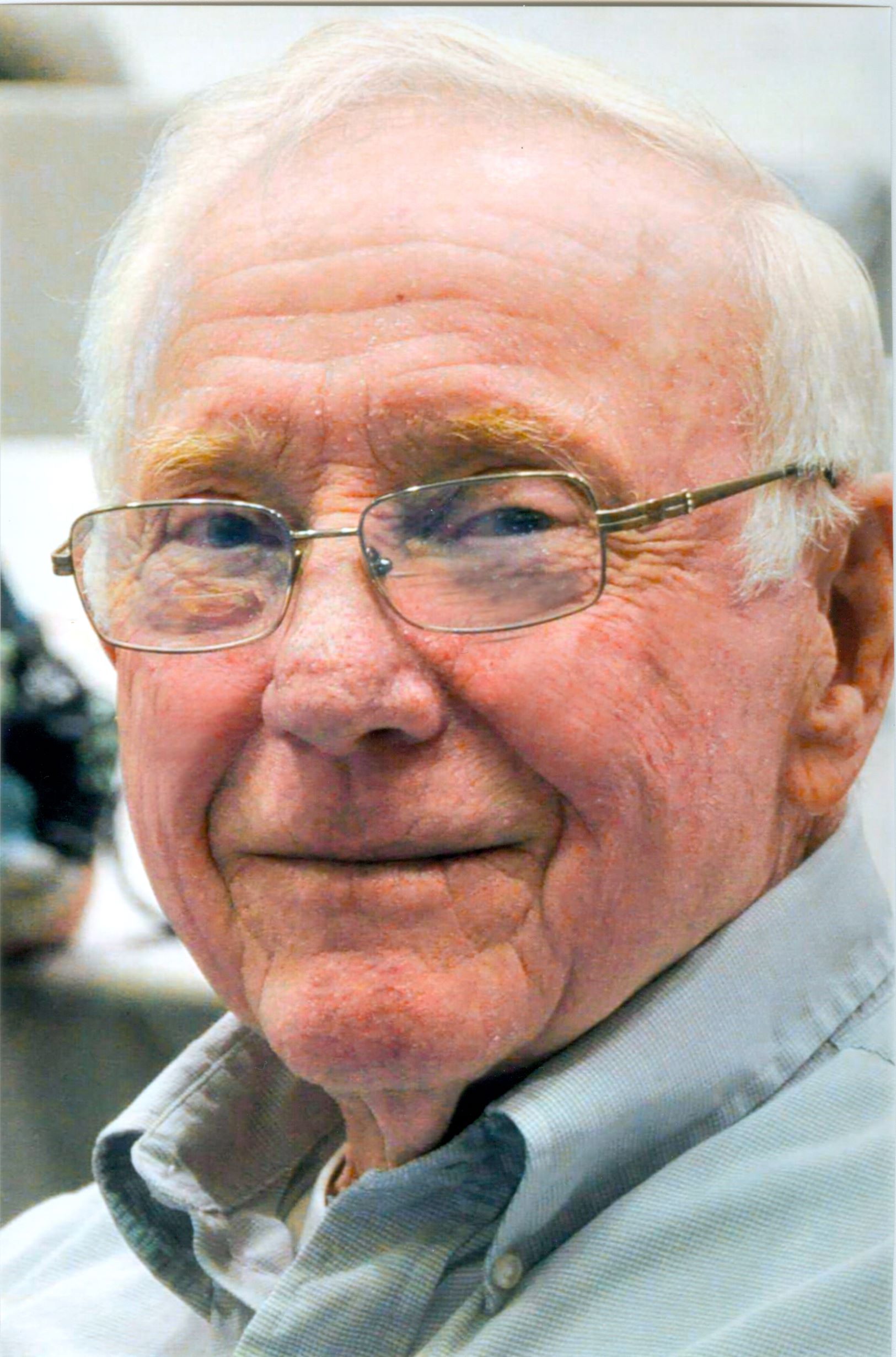 Norvin “Mac” McConnaughay, age 91, of Bristol, IL, formerly of Aurora, has been joyfully reunited with his wife Ernie Lee and claimed the promise of his Savior, November 13, 2020.

He was born March 23, 1929 in Bluford, IL, to loving parents, John and Florence (Helberg) McConnaughay.

At the age of 5, Norvin moved with his family to St. Charles, IL where he graduated from St. Charles High School with the class of 1947. He spent a year working at Moline Malleable, where he trained to be a core maker, but decided instead to enlist in the United States Army.

Norvin proudly and faithfully served his country for six years, beginning in Ft. Knox, KY. Once out of basic training, he was sent to the Signal Corps at Ft. Monmouth, NJ. He maintained communications at an Air Force Base in the Philippines for three years before returning stateside to Ft. Carson in Colorado. Before he was honorably discharged in 1954, Norvin spent a year and a half at Camp Hale in Colorado, home to “The Last Cavalry” which consisted of pack mules instead of horses. He set up the communication systems for the Ariborne Division. When Norvin was on a weekend excursion to Colorado Springs, he met his future wife, Ernie Lee Parker.

On October 1, 1954, Ernie Lee and Norvin were united in marriage at the Pentecostal Church on Fourth Street in St. Charles, IL.  They made their home on East New York Street in Aurora for a time before moving to the west side on Chestnut Street.  In 1958, their son, Michael was born and they bought their first home on North Evanslawn in Aurora.  That was home for many years until 1995, when they moved to Bristol, IL.  After Ernie Lee’s passing, Norvin continued to live in Bristol before moving to Hazel Crest, IL to be near his family.

Norvin’s education in the military made him a natural choice to work for Western Union. His communication background provided ample evidence of his skills, but they still tested his telegraph skills, making sure he could send and receive three words a minute. It wasn’t long before they sent him on the road with keys to a van and a vast knowledge of everything except the city he would be working in…Chicago. As time went on, Norvin saw the transition from the telegraph to the age of computers; from vacuum tubes and mechanical relays to solid state circuitry. Norvin may have begun his career climbing telephone poles, however, his last few years prior to retirement were spent working with what was considered at that time state of the art computer equipment.

Norvin, affectionately known as “Mac”, had a kind and tender spirit that was open to love and compassion to all he came in contact with.  Norvin had such a strong faith in the Lord and was a faithful servant who reached out to help many in need.  He spent many hours at Wayside Cross, helping where he was needed.  Norvin went on a church mission trip to New Orleans, to assist with rebuilding after tropical storm Katrina.  There were many projects Norvin was involved in, including electrical work and mowing the church lawn.  He lent a hand to family members and friends when needs arose. His nimble fingers and determination made quick work of household repairs. His family was his main focus, but he also enjoyed fishing and hunting when given the opportunity. He and Ernie Lee would spend two weeks in the fall at Clam Lake in Siren, WI, where the bass and pan fish were plentiful. Each November he would travel to Southern Illinois for deer hunting with friends. Their only accommodations were a rustic cabin, a sleeping bag and a pot belly stove. As Michael grew, he would accompany his dad on both hunting and fishing trips, bringing home their bounty to process and prepare mouthwatering dishes.

Norvin was a member of the Claim Street Baptist Church for many years on the east side of Aurora.  Later the building was sold to a Spanish speaking ministry.  For a short period of time, the church met at the Aurora Christian School prior to building their present location on Barnes and Prairie Street in Aurora.  The name was changed to Morning Star Community Church. Norvin taught Sunday School to 4th grade boys for 10 years, while also lending a hand to Ernie Lee who served in the pre-kindergarten classes for over 20 years. He was also on the Board of Deacons for two terms, Board of Trustees, Treasurer and Financial Secretary for one term each. Norvin also was a member of the Commercial Telegraphers Union (CTU) local #1 in Chicago, IL.

He is survived by his son Michael (Linda) McConnaughay; Two grandchildren: Ryan and Melissa McConnaughay; One great granddaughter Abigail McConnaughay; a sister-in-law, Marilyn McConnaughay, many nieces, nephews, cousins and a special family of friends. .

To view the service live, or watch at a later time, visit the church’s website, www.morningstarcommunitychurch.org, or on the church’s Facebook page, www.facebook.com/morningstarcc.

In lieu of flowers, contributions may be sent in his memory to Morning Star Community Church, 8S101 Barnes Rd., Aurora, IL  60506. Tributes and memories may be left on the Conley Funeral Home  Facebook Page or at conleycare.com