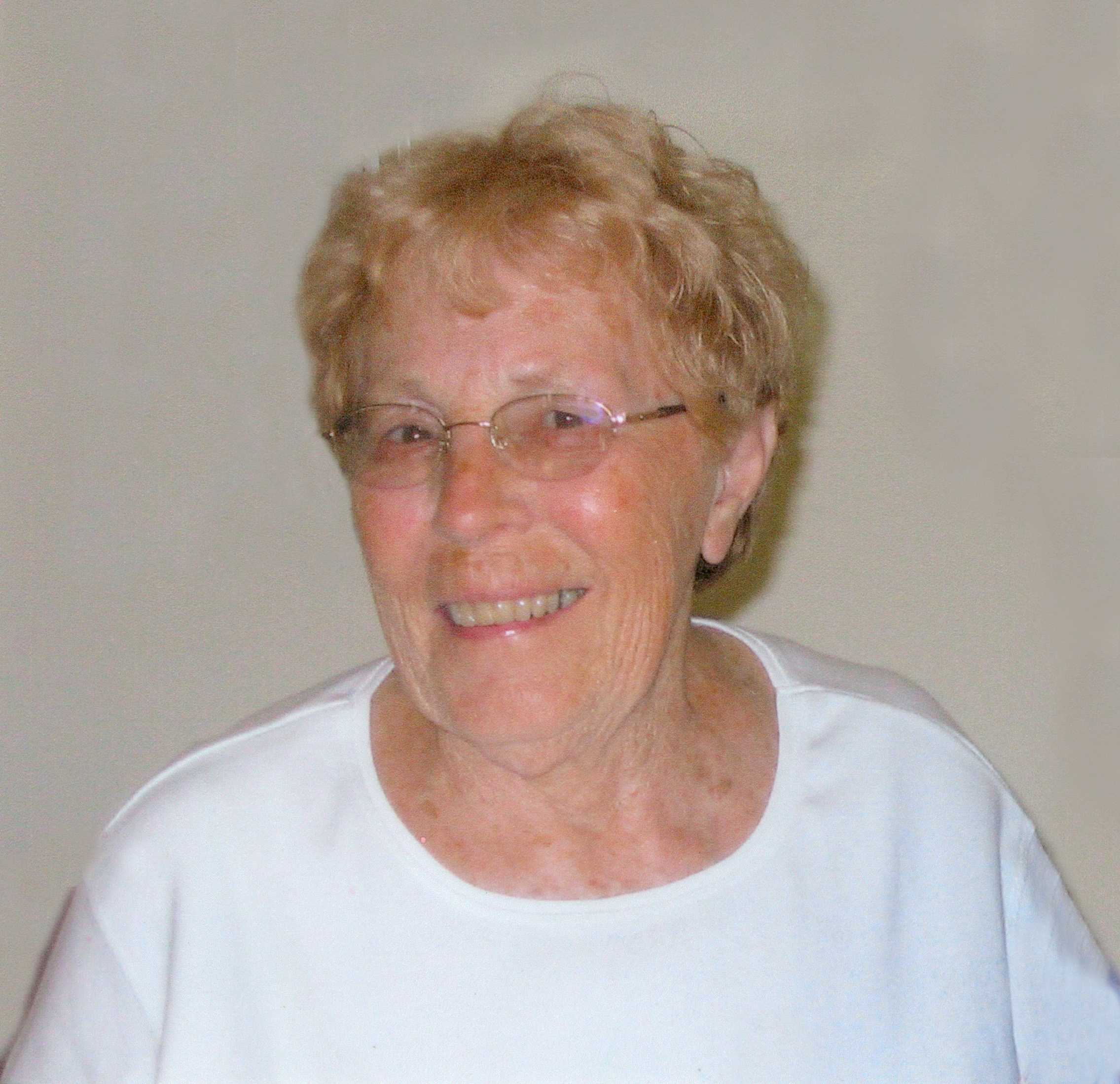 Pauline “Polly” Faber, age 94, of Maple Park, passed away quietly into the arms of her Savior on Sunday, August 23, 2020

She was born September 15, 1925, in Spencer, Iowa, as one of eleven children to Ila May and David Huston Pottenger.   They named her Lula Pauline, but it would not stay that way for long.

The family moved to Sycamore, IL shortly after her birth.   Little Lula Pauline would often tag along with her older brothers on their daily jaunts to the corner gas station.   The owner, Wm. Edgar “Ed” Flanders would treat the kids to penny candy.    He was especially fond of the spunky, sassy, red haired Lula Pauline.   He always had a second piece of candy ready just for her.   In 1929 life was forever changed for the Pottenger family.   Lula Pauline’s mother, Ila May, passed away during the birth of her 11th child.   Her husband David, was unable to support and care for the children so he allowed them to be adopted by local families.    Ed Flanders and his wife Mollie, decided to open their home to the red haired sweetheart that he had become so fond of.   When they adopted her, they changed her name to Pauline Rita.  She was their only child.  It was a hard adjustment for Pauline.    She sat on the porch, in a little wicker rocker, given to her by her new grandmother, and cried for 3 days.   One can only imagine what was going through her 3 year old mind at that time.    With much love and comfort from her new parents, Pauline adjusted to her new life.   Ed and Mollie made sure that Pauline saw her siblings as often as possible bringing more comfort to her as she grew.    Pauline attended local schools and had countless friends. She later shared many stories of the fun and shenanigans they had growing up in Sycamore.  She loved swimming, skating, biking and camping.  She enjoyed the many car trips to see relatives in distant states and Canada with her parents.  She graduated from Sycamore HS class of 1943.   After graduation, she worked as a telephone operator alongside her mother.   After leaving the telephone company she worked for Ideal Industries for many years.

In 1948, Pauline’s sister, Frances, introduced her to Lawrence “Tuffy” Faber.   They were married on November 25, 1950.  They began their new life together in Sycamore where they welcomed their first child, Loretta.

In 1953 Tuffy could no longer ignore the familiar pull to tend the fields and livestock of his youth.   Pauline had never been involved in farm life before, but she agreed to take on the challenge.     They began their adventure near Virgil on a farm that Tuffy had lived on as a child.   Pauline soon learned that her love of the farm did NOT include chickens!!!    She did love the rest of farm life though, and jumped in with both feet.    She helped in all aspects of the farm all the while making the house a home and caring for her daughter.   In 1955 they welcomed their second child, Leonard “Lennie.”  Life got even busier but she did what needed to be done.

In 1956 Pauline organized a reunion of her siblings, many of whom she had not seen in years.  All but one living sibling, “Marian” Joan Houghtby, were together for the first time since their mother died.  It was a joyous event lasting several days.    Sadly, it was the last time they would all be together as well.  They did however stay in touch.   Some of them lived in the nearby countryside and Sycamore and got together for regular card games, dinners and holidays.    Pauline loved her siblings and always spoke of the reunion fondly, even in her last days.  The only thing that rivaled that reunion would come years later when she would be surprised by a visit from the children of “Marian” Joan Houghtby, the very sister that missed the first reunion and one that she never saw again after the death of their mother.  Pauline never stopped talking about the joy of being surrounded by her sister’s children and the stories they told of their mother.   Pauline stayed in touch with Joan’s children for the rest of her life.

In 1957 Tuffy and Polly moved to a larger farm near Plato Center.   It was there that they were blessed with 2 more children, Charlotte and Guy.    The workload increased with a larger dairy and larger family.   This did not stop Polly.   She balanced running a household and raising the children while taking care of  daily chores, building hayracks, running errands, feeding the balers, tending the garden, canning vegetables and lest no one forget her famous cinnamon rolls that kept friends and families “stopping by” just as she pulled them from the oven.   The house was always filled with nieces, nephews, and friends of her kids.   It was a place they loved to be (even if they had to help on the farm a bit) and she loved having them in her home.

In 1973 after retiring from farm life, Polly worked for Inland Supply in Elgin.   In 1980, Tuffy and Polly moved to Lily Lake where they bought a brand new home for the first time.  It brought her joy to own a home and create the life after farming that she dreamed of.   After settling in, Polly began working at Monitor Manufacturing in Elburn.   It wasn’t until 1994 that she fully retired. It was then that she could devote more of her time and heart to caring for her home, babysitting her grandchildren, tending to her hydrangeas (they had the biggest and showiest blooms you will ever see), and hosting family gatherings for holidays.   Grief came to call in 1995 with the death of her son Lennie and in  2011 when Tuffy, her husband of 60 years passed away.    Again in 2013 her heart was broken by the death of her granddaughter, Melanie.   She said that Melanie’s death affected her more than any other loss she lived through.   Pauline did not let grief overcome her spirit, and she continued to make memories in her home until declining health brought her into the care of her daughter, Loretta.  There she continued to do as much as she could for herself, clinging to her independence with unequalled stubbornness.  In her last years she spent her time reminiscing with her children and watching her favorite TV shows, Law and Order, Big Bang Theory and anything highlighting nature.  She knew all of the episodes and all about the actors that played the characters.  Her hearing had failed her, but that did not matter, she knew what they were saying anyway as she had seen the episodes over and over.   Her mind was sharp as a tack and the spunk and sass she had as a child never diminished as the years went by.   She had a wisecrack or sassy reply ready for any situation!

Pauline took life’s many hardships in stride and always found a way to walk through them.   She loved that her family could find light and laughter even in some of the most difficult times.   Her children and family were the love of her life and of greatest importance to her.  If you asked her what her favorite thing to do is she would tell you laughing with my family!    She had a firm yet quiet faith in God and was ready for HIM to call her home.

Due to COVID 19 the family will host a celebration of Pauline’s life at a later date when all can attend.

In lieu of flowers a memorial has been established in her name.   Checks may be made out to the “Pauline Faber Memorial” and mailed in care of P.O. Box 66, Elburn, Il 60119.   Tributes may also be forwarded to the same address, on the Conley Funeral Home Facebook page or at www.conleycare.com were you can read her full life story.