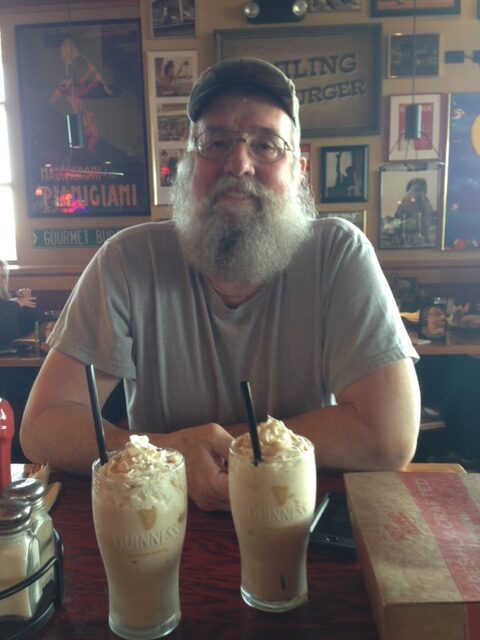 Robert W. “Bo” Brugoto, age 67, of Maple Park, IL, passed away Monday, June 7, 2021, and now finds eternal peace in Heaven. He was born March 21, 1954, in Vandalia, IL, to proud and loving parents, James and Grace (Marquis) Brugoto. Bo grew up in West Chicago and attended local schools. He graduated with the class of 1972 from West Chicago High School.Bo answered the call of his country and enlisted into the United States Army. He faithfully served for eight years until his honorable discharge in 1980. He returned to civilian life and found work at Blatchford Inc. where he was a maintenance technician until his retirement in 2020. Bo caught the eye of his future wife at a party, and that instant connection grew into a love that led them down the aisle. Bo and Deborah “Debbie” Reynolds were united in marriage on May 22, 1987 and began their new life in St. Charles for a time before settling in his home town of West Chicago.  Bo and Debbie were best friends from the start and that was cemented by the fact that Bo was the kindest man you would ever hope to meet. He loved to get into the wind atop his Harley Davidson motorcycle and tour the countryside at the drop of a hat. He and a hunger for reading, often following a thread of a story to several others and rarely put down a novel unless he was forced. Bo tragically was taken too soon after he fell victim to a battle with cancer. He fought with all his might, and though it may broken his body, Bo’s spirit stayed strong and lives on in the hearts of all who loved him. He is survived by his loving wife of 34 years, Debbie Brugoto; two brothers: Roy D. (Pam) Brugoto and James E. Brugoto; his father, James R. Brugoto; several nieces, one nephew and a countryside of friends. He is preceded in death by his mother, Grace Brugoto. Following cremation, the family will host a celebration of life at a later dateIn lieu of flowers, a memorial has been established in Bo’s name. Checks may be made to the “Robert W Brugoto Memorial” and mailed in care of P.O. Box 66, Elburn, 60119. Tributes may also be forwarded to the same address, the Conley Funeral Home Facebook Page, or at www.conleycare.com.