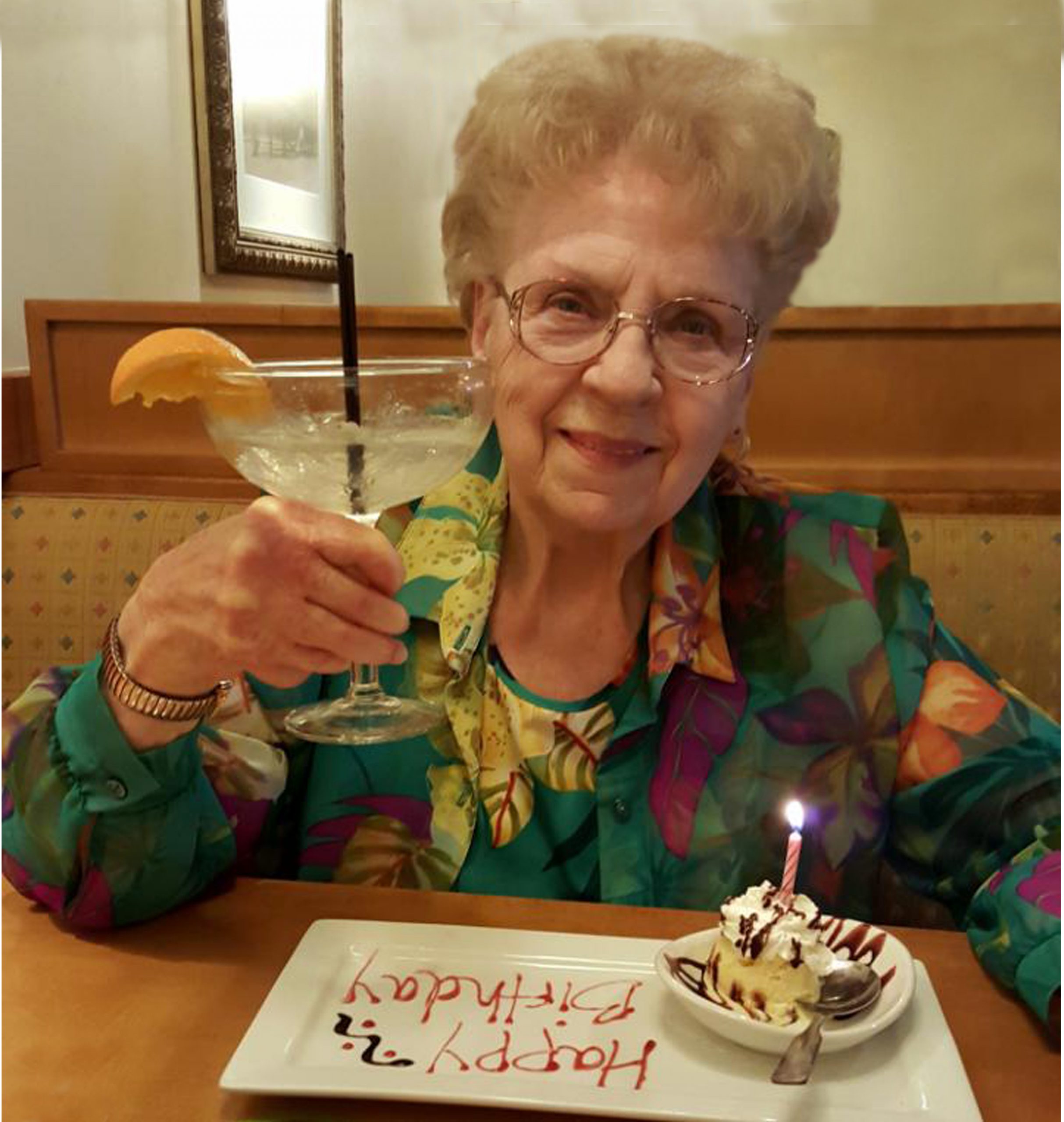 Shirley Alma Melin, age 89, of Prestbury, Sugar Grove, formerly of Elburn and Naperville, passed away into the arms of her Savior, Saturday, October 10, 2020.

She was born June 25, 1931 in Rosetown, Saskatchewan, Canada, to Oscar and Jesse Dunn.

Shirley began her life in Saskatchewan but suffered a tragedy in which the burns to her hands were so profound, Shirley was taken to Shriners Hospital in Chicago for treatment over several years. Because of the distance and the time needed for Shirley to recover, she was fostered by Harry and Aurelia Sentz. She was legally adopted thereafter and attended local schools in Peoria, IL, and graduated with the class of 1949.

Shirley met Carl Melin, a Navy veteran who manned the local Soda Shop that she visited nearly every single day. A friendship grew over chocolate malts, and the cherry on top became a love that led them down the aisle on August 28, 1949. They began their new life together in Champaign for a time, until Carl graduated and began full time work in construction for Chicago Bridge and Iron Company. His job led him across the U.S. building water towers while Shirley made each house a home. They were blessed with four children who kept Shirley busy morning, noon and night.

Shirley was the consummate wife and homemaker, making sure there was a place for everything and everything in its place. Outside of the home, she made sure to give of her heart and time at Mercy Center Hospital in Aurora.

Following the loss of their son Troy in 1976, Shirley and Carl were co-founders of the Fox Valley Chapter, and subsequently the national chapter of The Compassionate Friends, an international support group for bereaved parents. They were also past members of Grace Lutheran Church in Lily Lake.

Shirley had an artist’s heart and a deft touch with pencil and pen drawings, which led to award winning oil paintings that graced the walls of her home and those of her family and friends. She enjoyed spending winter months in Florida where it was warmer and offered occasional trips to the casino for a night of entertainment.  Shirley and Carl were excellent Bridge players and enjoyed lively games with friends for many years. A friendship with Shirley was a friendship for life. She was generous with anyone and everyone, especially those in need. Shirley taught Sunday school, was a Den Mother and a constant and strong supporter of the Newark Delaware Yellow Jacket Booster Club. Family was most important to her and her children, grandchildren and great-grandchildren were the apple of her eye. Everything Shirley did, she did with love and devotion for her family.

She now joins her birth and adoptive parents, her husband Carl, a brother in infancy, Robert Kingsley Dunn, one son Troy Melin; siblings: Stanley Dunn and Margaret Epp, who preceded her in death and join her in Heaven.

Private family services and burial will be held Saturday.

In lieu of flowers, a memorial has been established in Shirley’s name. Contributions may be sent to Shriners Hospitals at www.donate.lovetotherescue.org, The Compassionate Friends at, www.compassionatefriends.org, or to the Greater Illinois National Multiple Sclerosis Society at www.nationalmssociety.org. Tributes may be forwarded to Conley Funeral Home Facebook Page, or at www.conleycare.com.