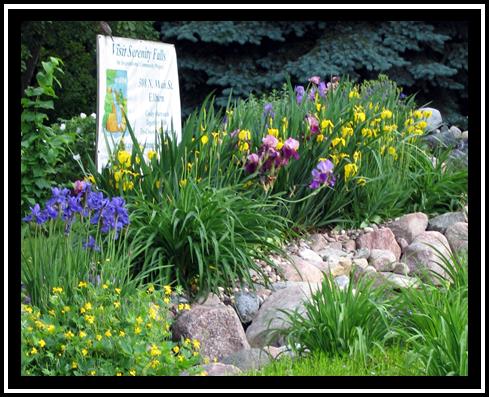 Shirley Perkins, age 72 of Sycamore went to be with her Lord on Tuesday, August 23, 2016 at Kishwaukee Hospital in DeKalb.
On Friday, March 24, 1944 a beautiful baby girl was born to the proud parents of George Ezra and Alice Josephine (Bell) Rombough in Sycamore.
Shirley made her home town in Maple Park. As a child she enjoyed riding trains with her father.
She attended local schools and graduated from Kaneland High School in 1962.
One beautiful day in Sycamore, Shirley was taking a stroll down the street when all of a sudden she caught the eye of someone whom she had known for a long time. What she didnâ€™t know was this individual was William “Bill” Perkins, and the love of her life. They were married in a Lutheran church on October 8, 1971 in Sycamore.
Shirley and Bill briefly lived in Indiana while Bill worked for a trucking company. Otherwise they made their home in Sycamore.
She worked for the Sycamore School District for about 15 years as a lunch hall supervisor retiring in 1999. Most importantly Shirley was a homemaker where she stayed home to raise her son and taking care of the apples of her eye; her grandchildren. She absolutely loved spoiling her grandchildren by taking them shopping.
She was a member of the Sycamore Quilters Guild, and Sycamore Senior Center and enjoyed filling her time with crafts and activities. Shirley was always up for an adventure.
Speaking of adventures Shirley loved to travel with her friends. Over the years she took many trips to; Alaska, Hawaii, Arizona, Florida, Bermuda, Niagara Falls, Branson, MO and even took a couple cruises. She spent a lot of time taking care of her flowers, sewing, quilting and crocheting afghans. Shirley had love for music, but only one man could steal her heart when she listened to him; Elvis Presley. Shirley was always there to watch her son, Bill, race his stock car at the Sycamore Speedway, she was his biggest fan!
She leaves behind her husband, Bill; one son, Bill (Brenda) Perkins; one sister, Donna (Orval) Peterson; one brother, Jim (Carol) Rombough; three beautiful grandchildren, Samantha, Breann and Sydney; one great grandson, Richard and many nephews.
Shirley now joins her parents and one brother Richard.
A visitation will be Monday, August 29, 2016 from 4:00-7:00 pm at Conley Funeral Home in Elburn, 116 W. Pierce Street. Funeral service will be 10:30am Tuesday, August 30, 2016 at the funeral home. Burial will follow at Elmwood Cemetery in Sycamore.
In lieu of flowers a memorial has been established in Shirleyâ€™s name to benefit: Checks may be made to the “Shirley Perkins Memorial” to benefit local Down Syndrome organizations to help children like her beautiful granddaughter Sydney and mailed in care of P.O. Box 66, Elburn, 60119. Tributes may also be forwarded to the same address or on the web at www.conleycare.com or our Facebook page.