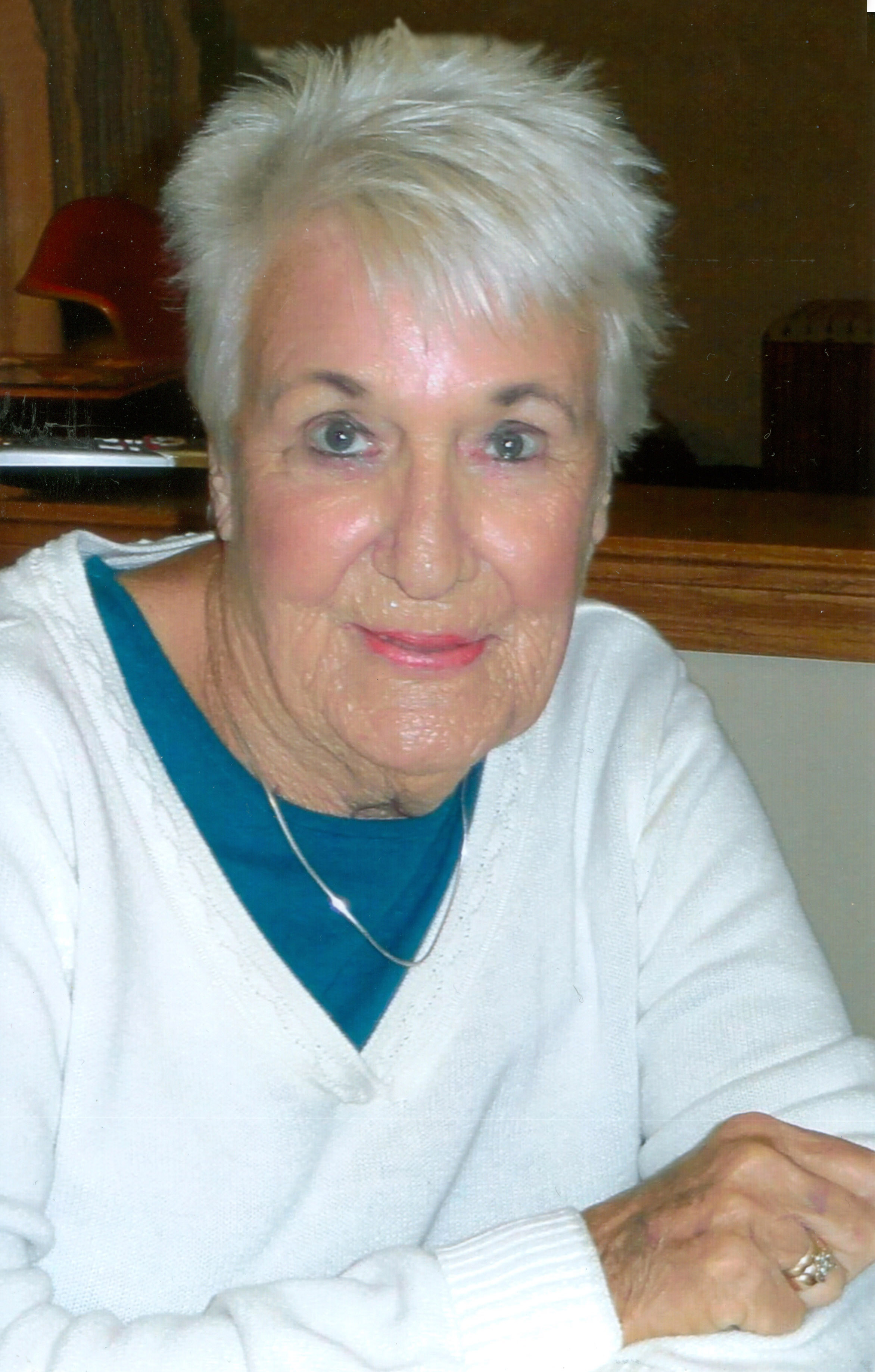 Stena Warne, age 82, of Yorkville, passed away on July 5, 2018, with her loving partner, John and cherished caretaker, Laura.
Stena was born on July 21, 1935, in Geneva, IL to proud parents Sten and Marjorie (Allen) Anderson.
Stena grew up in Elburn on a dairy farm. She talked of her mother also raising chickens, which provided food for the family. She attended Elburn High School where she was a cheerleader and active in softball.
Before finishing high school, she married William G. Warne and began a family with her first child, Gideon and then 7 years later, Tena.
When Gideon was a young child, Stena finished high school requirements by completing her GED and then pursued a passion for beauty by attending the School for Cosmetology in DeKalb. She was very proud to be a licensed beautician and opened a shop in her home, “Stenaâ€™s Shop of Hairstyling”.
Several years later, The Warne Family dairy barns were condemned by the State of Illinois in order to complete construction on Rt. 38. Stena and Bill began farming the family property by growing grain. She had a role in every aspect of the farm chores and responsibilities. She disked the field, pulled weeds, picked up rocks, and operated the tractor. Stena even delivered grain to the Elburn Co-Op in a large grain truck; she made a good farmhand. Stena was very busy with farm and family responsibilities.

Later on she went to work at Dukane Corporation for 10 years as an assistant paymaster. Stena was very proud of that position and enjoyed it. In 1983, Stena and Bill divorced and the family farm was sold.
She was an active in the Elburn High School Alumni Group
Stena retired to Arizona with Herb Lemke in 1986. While in Arizona she bought her first newly built house. It had a swimming pool, which provided many hours of fun for all visitors. Stena loved the Arizona heat and lifestyle! She was very social, enjoying company, a cigarette and Manhattan once in a while. She expressed her artistic ability by playing the organ, making jewelry, dollhouses, ornaments and birdhouses. She loved to crochet and continued that by making “scrubbies” up until a few months ago.
She and Herb enjoyed a great life together until he passed away in 1999. In 2000, Stena moved to another house in Arizona which is where she resided until April, 2017. During the last 18 years she has been with John Greenawalt who was a fellow classmate from Elburn High School. Johnâ€™s brother and Stenaâ€™s sister reacquainted them at Elburn Days. He has a house in Yorkville and in Benson, Arizona. They spent winters in Arizona visiting each other and drove back to Yorkville for the summer with stops to see relatives and friends along the way. During most of those years Stena had a miniature schnauzer, Sissy, that she and John spoiled like crazy. Sissy enjoyed the trips back and forth between Arizona and Illinois. Some of her friends and family may also remember, Amanda and Pee Wee, their other miniatures. After Sissy passed away, Stena was content spoiling Gideon and Nancyâ€™s dog, Ginger, and Natalieâ€™s dog, Lily.
In both Arizona and Yorkville, Stena and John had many friends and visitors. Their social calendar included Tuesday night tacos or Tuesday night pizza while in Yorkville, as well as Friday night steak fry at Amvets. In Mesa, they went to the Organ Stop Pizza, the Barleenâ€™s dinner show, Tortilla Flats, Pinnacle Peak, Crackers, Pier Dâ€™Orleans and many more places. They have entertained many friends around the table at Yorkville and Mesa playing dominos. Stena took great pride in welcoming guests with plenty of food and activities. Everyone who visited Mesa experienced the Flea Market. All who knew her would agree she had an endless amount of energy for her friends. Many were houseguests in Arizona.
Stena also stayed in touch with everyone on the phone. She, John, and her son, Gideon were early morning risers so it was not uncommon to talk with Stena at 6 or earlier in the morning. When she and John were at their respective homes in Arizona, they started their day with early morning conversations.
When Stena was not visiting or entertaining she tuned into the Lawrence Welk Show, Wheel of Fortune, or the news. She also read the newspaper and her many magazines. In the summer, she and John watched for hummingbirds and admired the flowers.
In April, 2017, they made their last road trip back to Illinois and Stenaâ€™s health challenge began. She was diagnosed with multiple myeloma in November 2017. John has been her constant support and companion throughout this journey. It was in Johnâ€™s home in Yorkville, where she spent her final days under hospice care.
Stena is survived by her companion, John Greenawalt; her two children: Gideon (Nancy Valenta) Warne and Tena (Jeff) Simpson; three grandchildren: Derek, Andrea, and Natalie Warne; two nieces and one nephew along with a countryside of friends in Elburn, IL, and Mesa, AZ.
She is preceded in death by her parents, Sten and Marjorie Anderson; her two siblings, Donna Grimes and Dennis Anderson and her former companion, Herb Lemke.
Visitation will be from 9- 10 a.m. with a funeral service to celebrate her life to follow at 10 a.m., Tuesday, July 17, 2018, at Conley Funeral Home, 116 W. Pierce St., Elburn, IL 60119.

In lieu of flowers, donations may be made in Stenaâ€™s name to the American Cancer Society, www.cancer.org, or contact Conley Funeral Home for more information.