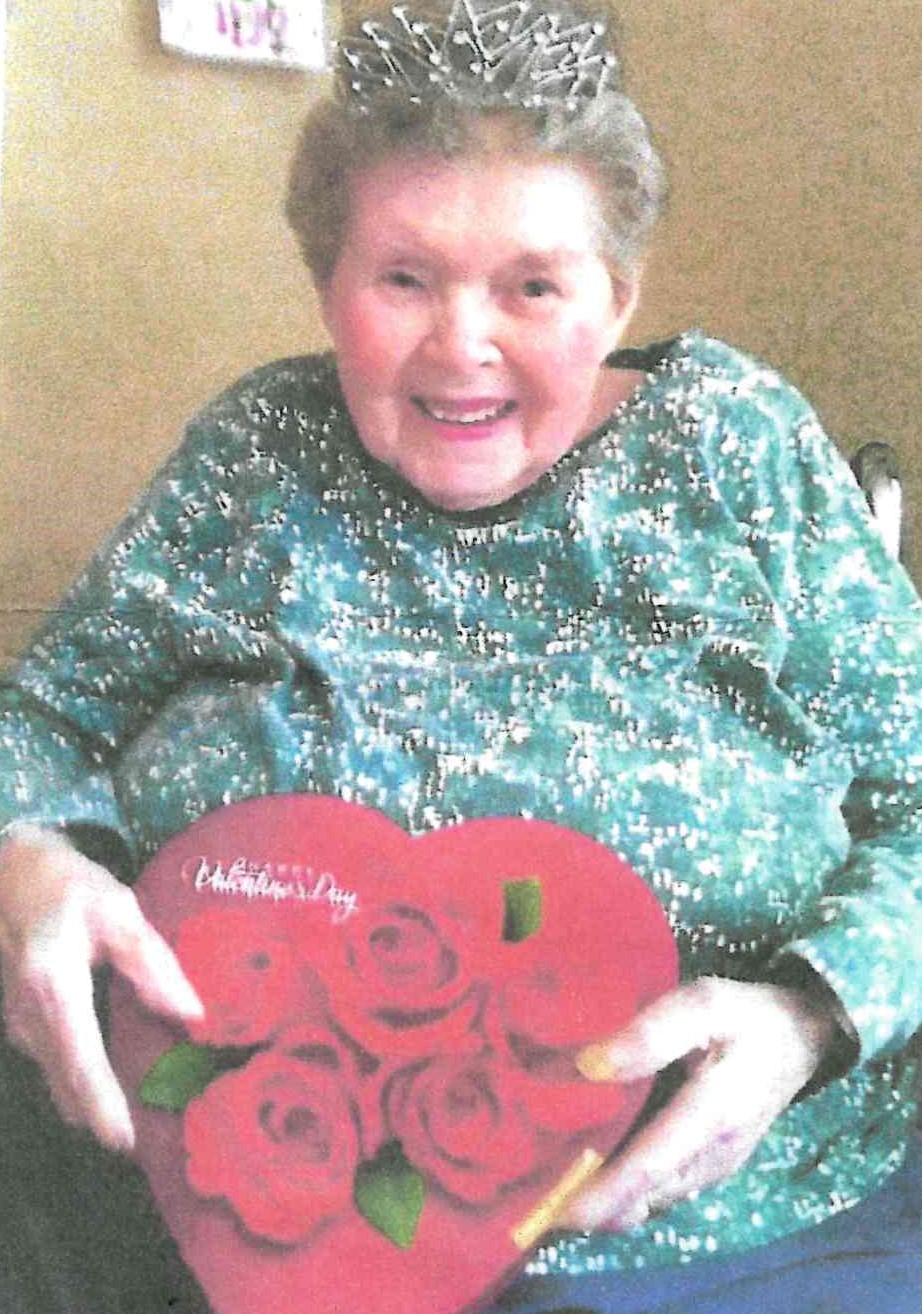 Cassie Jeanette “Jenny” Frantz, age 100, of Elburn, passed away peacefully on Wednesday, January 30, 2019, after a wonderful, long life surrounded by the love and prayers of her family.
Jeanette was born on March 18, 1918, in Indianapolis, IN, to proud parents Charles F. and Elizabeth “Bess” (Anderson) Huggins.
When she was 7 years of age, the family moved to Aurora, IL, and then when Jeanette was 9, they moved to Sugar Grove.
Jeanette attended grade school in Sugar Grove and graduated from Sugar Grove High School with the class of 1936.
Shortly after graduation, in 1939, Jeanette married her high school sweetheart Clare Frantz and they moved to Hammond, IN, where they built a home together and started their family. Clare and Jeanette welcomed their two oldest children, Clif and Nancy, while living in Hammond. In 1945, their little family of four moved back to Sugar Grove, IL, where they were blessed with the birth of two sons, David and Steven were born.
Jeanette worked at Furnas Electric for 15 years before she retired at the age of 62.
Jeanette was a member of the Sugar Grove United Methodist Church and in her spare time was also a member of the Sugar Grove Historical Society.
In later years, Jeanette lived at the Constitution House in Aurora where she enjoyed all the activities that were available to her for 20 years. From playing cards to going on any trips offered, Jeanette took full advantage of her time at Constitution House and dearly loved her friends there. she never missed a birthday party or a celebration and loved to go out to eat with friends and family as often as she could.
Having a much longer life than most, Jeanette was able to welcome her grandchildren and great-grandchildren into the world and spent as much time as she could with them. Jeanetteâ€™s family meant the world to her and she treasured the time she spent with them. She will be sorely missed and never forgotten.
Jeanette is survived by her four children: Clif (Lynne) Frantz, Nancy Wilkison, David (Vickie) Frantz, and Steven Frantz; ten grandchildren: Carrie Frantz, Kristine Frantz, Keith (Cari) Wilkison, Lori (Steve) Brewer, Cara Parr, Eric (Mark Zipprich) Frantz, Adam (Larissa) Frantz, Britany (Tom) Hillwertz, Amanda (Dan) Dungan, and Dan (Katherine) Frantz; 22 great-grandchildren; three great great-grandchildren; her one brother, Jack Huggins; and one special niece, Bev Bower.
She is preceded in death by her parents, Fred and Elizabeth Huggins, her son-in-law, Larry Wilkison, four brothers: William, Charles, Ed and Robert Huggins; her sister, Mary Laken; and two grandsons, Curtis Frantz and Adam Parr.
Private family services to take place at a later date.

Private family services will be held at a later date.