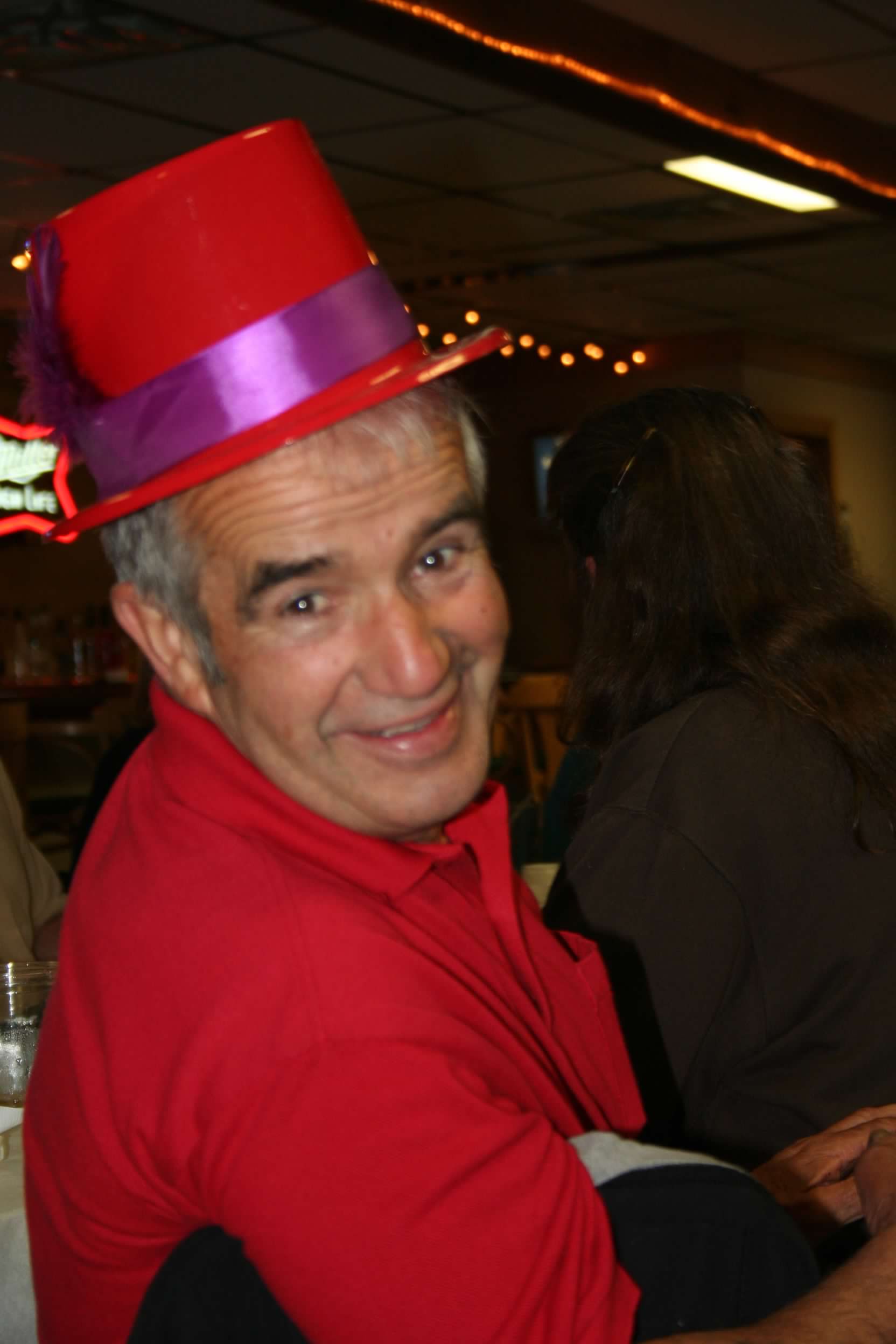 TO VIEW THE SERVICE LIVE: Click or copy and paste this link into your browser at 6:10 p.m. The service will begin at 6:15 p.m.

Lenny “Piccalo” Peterson, age 74, of Malta, formerly of Hampshire, IL, passed away December 26, 2020 at his home, surrounded by the love and prayers of his family.

Lenny grew up in Wooddale and later Roselle, while attending local schools. He answered the call of his country and served in the United States Navy from 1965 to 1968.  While in the Navy he finished his school education and returned to civilian life to his parent’s home in Roselle.

Lenny worked as a short order cook and installed drywall for a time. Welding held his attention before becoming a brick layer for the rest of his career. Since laying brick was seasonal, Lenny also worked in the whole sale flower business and plowed snow for Kraft Foods in Northfield. Lenny retired from bricklaying in 2011, but didn’t stop working. Nestle employed Lenny until his final “retirement” in 2013.

It was in June of 1972 that Lenny’s whole life changed. Donna Ploppert caught his eye and stole his heart. After a whirlwind courtship, they were united in marriage on December 2 of that same year. They were blessed with three children and a home full of memories, tall tales, and a whole lot of laughter.

He was hard working member of the Brick Layers Local 27.

Lenny was a legend of sorts. His exploits were full of mischief, shenanigans, and quasi legal depending on who you heard it from. He was a consummate competitor in the annual Mid America Canoe Race in St. Charles where he made a name for himself as he raced along the Fox River. Train room full of miniature collectibles until it was slowly transformed into a tribute to NASCAR. He was full of pearls of wisdom like “black jelly beans turn the fire different colors” and “if you eat corn, your beard will grow”. His grandkids loved him with abandon and made memories of camping and hiking at Devil’s Lake, finding scattered coins that he threw across the driveway for them to find, mowing the front yard of the farm into a maze for hours of fun until it flooded with rain, at which time Lenny would get the canoe out and paddle on the grandkids on his newfound “lake”.

He is preceded in death by his parents; two sisters: Tina Volstad and Lynnette Abrams; three brothers-in-law; one granddaughter Hannah Peterson.

Private family services will be held at Conley Funeral Home with interment to follow cremation at a later date.

In lieu of flowers, a memorial has been established in Lenny’s name. Checks may be made to the “Leonard J. Peterson Memorial” and mailed in care of P.O. Box 66, Elburn, 60119. Tributes and memories may also be forwarded to the same address, the Conley Funeral Home Facebook Page, or at www.conleycare.com.