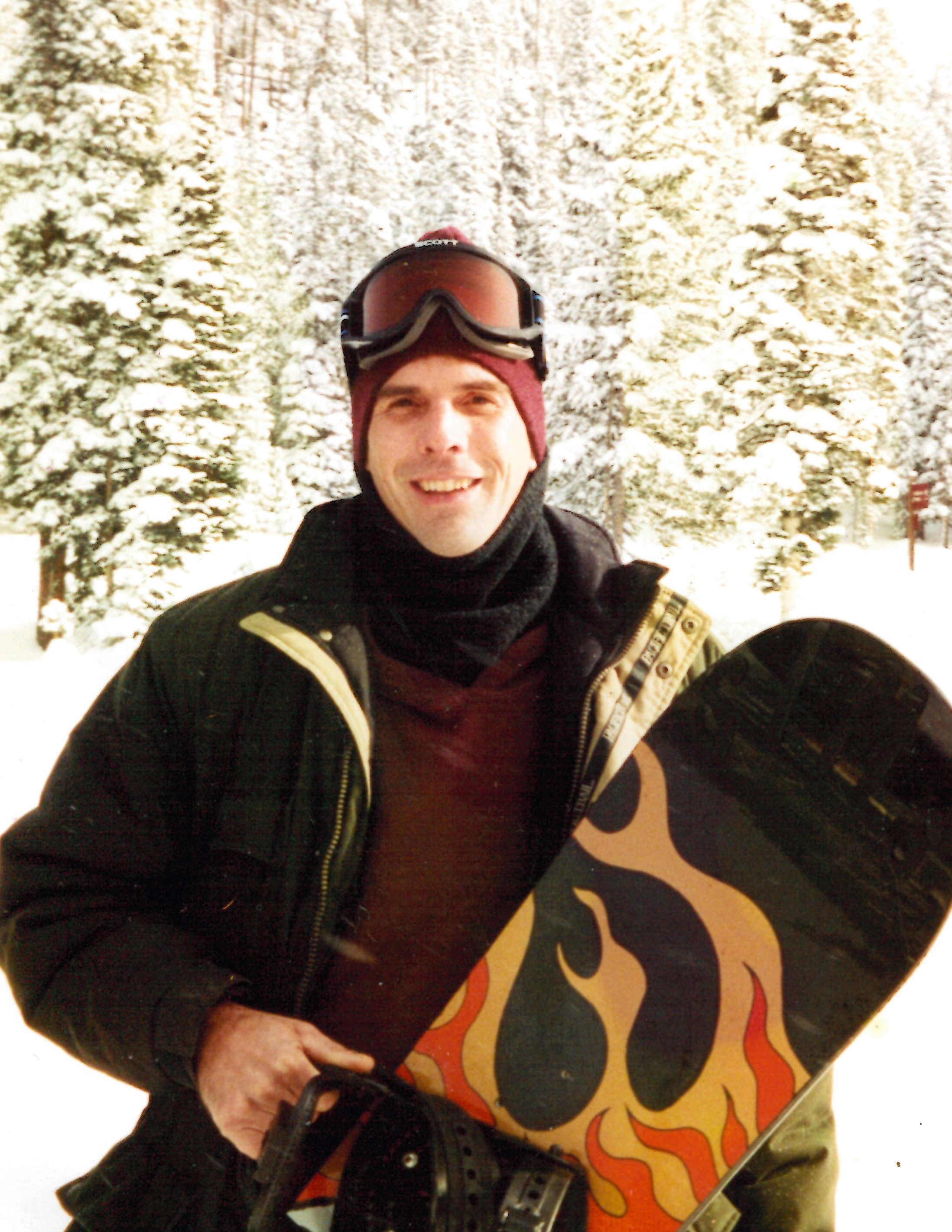 Peter “Pete” Charles McGuire, age 53, passed away unexpectedly following a whirlwind life of adventure, the likes you only get to read about. His highs and lows were staggering to behold, let alone live through, but Pete weathered them all with a unique outlook on life, one which will forever be remembered and loved.
He was born on May 29, 1964 but always lamented he couldnâ€™t have been born early to take full advantage of the “hippie” lifestyle. His parents, Charles and Victorine “Vicky” (Jirik) McGuire, gave him an idyllic childhood replete with a picket white fence, rabbits, squirrels, trees, gardens and a creek just down the road.
Although he graduated from high school and attended college, Pete had a heart full of wanderlust that called him to the peaks of mountains and to the depth of jungles. He spent his life getting a masterâ€™s degree in the “school of hard knocks”. He continued searching and learning with every step he took on his journey, a journey that had its share of shadows and valleys so deep and dark, it took everything in him just to see the sun again. His addiction to all life had to offer led to an addiction of another kind, one he was fully aware of and one he accepted but did not condone. His glimpses of both Heaven and Hell were imprinted on his soul. It left his vision altered in the spiritual sense, as he saw the world around him from a different perspective than the rest of us. At times, his brilliance shone bright as the sun, but the shadow of addiction always followed. He fought bravely but was finally overcome by the waves of life that battered him daily.
Despite the last chapter in his life, Pete took pride in the chapters that preceded it. He lived life in the moment because for Pete, tomorrow was a lifetime away. His big heart reached out to all in need of help, even when it was he that needed it most. Pete was a lover of nature and spent as much time as he could sailing down the slopes on his skis or snowboard. A campfire was home and hearth enough for Pete, one that he shared with all of Godâ€™s creatures. He was a strict vegetarian; his only exception when it came to harming animals was if it was he himself who was on the menu. Peteâ€™s adventures sometimes included his nieces and nephews, but often he found himself in faraway lands including many points all over the globe. Many people speak of visiting these types of places, but Pete chose to literally live there until it was time to travel back to his childhood home. Along the way he found peace and tranquility in many churches that fed his spirituality, and many books to challenge his mind, body and soul. Peteâ€™s hands were strong and capable, but he had an artistâ€™s gentle touch when it came to sculpting a hunk of clay into a unique piece of pottery. Pete found happiness in tending the aquariums and terrariums of his younger years, but nothing brought his heart more joy than the sight of his mother and two sisters. Together they formed a family whose ties were bound so tightly, nothing could break them. Pete had many questions in this life and he spent it doggedly searching for answers. Now safe in the arms of his Savior, his family and friends hope he has finally found what he was looking for and now rests in eternal peace.
He now leaves his mother, Vicki McGuire; three siblings: James McGuire, Jennifer McGuire and Allison (Rick) Durham; five nieces and nephews: T.J. Foley, Crystal Durham and Ryan, Danielle and Adam Schafernak; many cousins, aunts and uncles who will miss him dearly.
He now joins his father, Charles McGuire.
Private family services have already been held.
Tributes may also be forwarded to the same address, the Conley Funeral Home Facebook Page, or at www.conleycare.com.