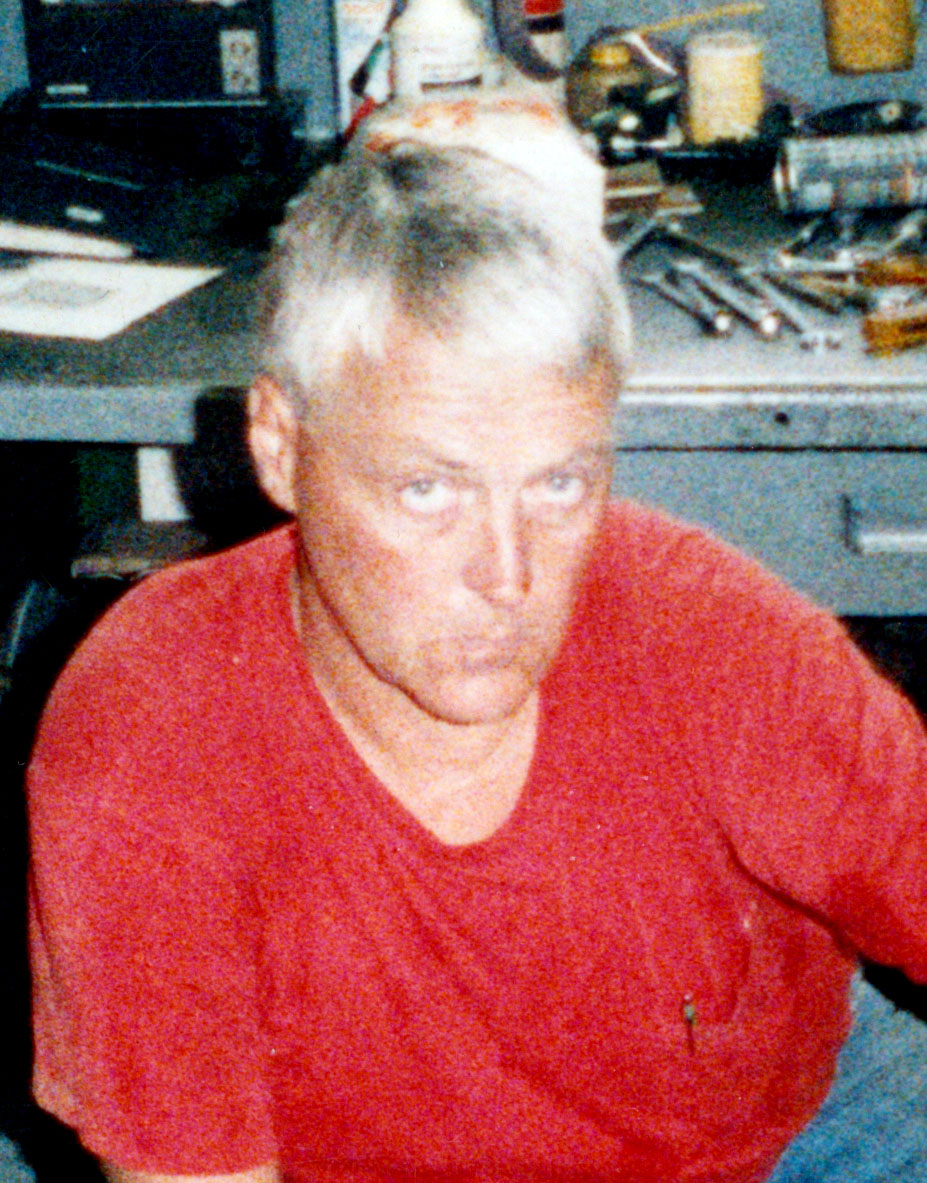 Ron grew up in what was once Cloverdale, now Carol Stream, and contracted Polio when he was nine years old. The family moved a year later to St. Charles when he was ten. He graduated from St. Charles High School, where he was a member of the FFA,  with the class of 1960.

Ron found his soul mate in Nancy Harms while he worked for many years at Gus Ehlers’ John Deere dealership in Elburn.  They married on April 23, 1982 and resided in the Elburn area throughout their twenty-six year marriage.

After high school, Ron began working for John Deere in Bartlet, IL, alongside Gus Ehler. After they closed Ron moved with Gus to Ehler’s John Deere in Elburn. At the end of his tenure, and for the last 20 years, Ron ran his own repair business out of his home, R & N Mower Repair. Grief came to call when Nancy passed away on February 16, 2009.  Ron continued to make his home in St. Charles until rapid declining health brought him to a begrudging retirement.

Ron had a passion for firearms. He collected and also built firearms in his spare time and was a member of the NRA.

Polio may have stolen his ability to walk, but it only made him more determined. His hands were immensely gifted, and his mind an incredible storehouse of how to fix anything mechanical. His ability to diagnose at a glance was legendary, offering answers to fixes at the drop of a hat. Not only could he fix any problem, but Ron could also build too. Ron customized and modified a John Deere tractor to ride in the Elburn Days Parade He also took a ’41 Studebaker, threw in a Chevy S-10 pickup chassis and slammed in a Corvette engine to make a one-of-a-kind Rat-Rod, just for the fun of it. He and Nancy made many memories at the Sycamore Speedway where Nancy took the wheel in the races and Ron fixed up whatever wreck returned after each demolition derby. When he wasn’t working in the garage, he cheered on his Cubs, Bears and Bulls but never missed an opportunity to tune in to any show that featured big machinery. Throughout his marriage to Nancy, and for several years after, he kept company with Rex and Molly, a pair of dogs loved him very much, but other people…not so much, as many ankles can attest.  He loved to snowmobile throughout the winter in Antigo, WI, and swapped out his twin tracks for a boat in the summer. His driveway was always open to friends and neighbors who wished to stop by, share a story that may or may not have been borne from gossip, and a beverage or two. He held court most days, reigning over his garage like a King might his kingdom. The mechanical world he lived in is bereft through his loss, but the memories, and machines, he made, will shine forever.

He is survived by his brother, Wayne J. Heuertz; nephew, Steve M Heuertz and Stephanie E Heuertz and a countryside of friends that he called family.

He was preceded in death by his parents, Adolph and Gladys Heuertz, as well as his wife Nancy.

In lieu of flowers, a memorial has been established in Ron’s name. Checks may be made to the “Ronald L. Heuertz Memorial” and mailed in care of P.O. Box 66, Elburn, 60119. Tributes may also be forwarded to the same address, the Conley Funeral Home Facebook Page, or at www.conleycare.com.