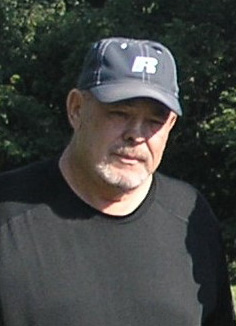 Wayne Henry Kedzie affectionately known as Uncle Wayne, age 73, of Crane, MO, formerly of St. Charles and Elburn, passed away unexpectedly on August 27, 2020, but now soars through the Heavens to the celestial sounds of his beloved ancestral bagpipes.

He was born in Chicago, IL on January 13th, 1947 to proud and loving parents, Francis and Helen (Palmert) Kedzie. Wayne grew up in the Mayfair Park neighborhood where he made lifelong friendships. Upon graduation of high school he served his country in the Vietnam Conflict from 1965-1969. After his honorable discharge he returned home to Chicago, where he met the love of his life, Lydia. They were married in 1971 and welcomed their first son Scott to the world in 1972. In 1975 he joined Local 597 as a union pipefitter. A year later Jason was born, adding to their growing family. In 1979 they decided to leave Chicago and moved to St. Charles, IL where their third son Erik was born in 1981. In 1990 Wayne suffered a serious work injury resulting in the loss of the use of one of his arms. After a long recovery Wayne and Lydia opened their store Aunt Lydia’s Amish Furniture in St. Charles and later in Elburn. In 2006 they retired, and decided to follow Wayne’s dream of moving to Missouri for their golden years. In 2011 that dream came to fruition when they moved to Crane, MO. As the years went by and their family grew with the births of more grandchildren, Wayne and Lydia made the decision to return to Illinois and be closer to family. This plan was put into motion by building a small home with his sons Jason and Erik, and his grandsons Austin and Collin, along with the supervision of his other grandchildren Amalia and Levi to insure work was being done correctly. Unfortunately Wayne was unable to see the end result, as he passed away unexpectedly on August 27th. Wayne will be smiling as he is laid to rest in his home state of Illinois. His ancestral roots may have started in Scotland, but his heart will forever be in Illinois.

He is preceded in death by his parents and one brother in infancy, Scott.

Visitation will be from 2-4 p.m., Tuesday, September 8, 2020, at Conley Funeral Home, 116 W. Pierce St. Elburn, IL 6019. A private family service to celebrate his memory will follow visitation at 4 p.m. Wayne will be interred at the Rock Island National Cemetery in Moline, IL.

In lieu of flowers, Wayne’s family requests that donations in his memory are to be made to the charity of your choice. Tributes may be left on the Conley Funeral Home Facebook Page, or at www.conleycare.com.